Elections: UN cautions DRC against ‘excessive use of force’ 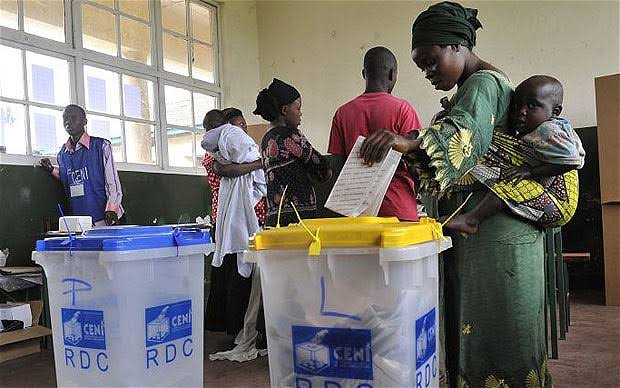 Deadly pre-election violence in the Democratic Republic of the Congo (DRC) sparked by police reportedly firing live ammunition at opposition supporters, has been condemned by the UN’s rights chief, Ms Michelle Bachelet.

The condemnation, issued by the Office of the UN High Commissioner for Human Rights (OHCHR), came ahead of presidential elections due to take place across the vast Central African nation, on Dec. 23.

OHCHR spokesperson Ravina Shamdasani said in Geneva: “The High Commissioner says she is deeply worried about the reports of excessive use of force, including live ammunition, by security forces against opposition rallies.

“Just days ahead of crucial elections in the DRC, it is essential that the authorities ensure that the rights to freedom of expression and peaceful assembly are fully protected and that they take all possible measures to prevent violence.”

The High Commissioner’s alert echoed a recent statement in September by her office concerning the “violent suppression of peaceful protests”, in spite of commitments made by the authorities to lift a ban on demonstrations, which had been in place since 2017.

President Joseph Kabila has been in office since 2001, and as part of a political compromise, he is not standing for re-election, having refused to relinquish power when his second mandate came to an end in 2016.

A former minister from the ruling coalition is running, and according to news reports, there are two main opposition candidates.

On Thursday, authorities in the DRC said that thousands of voting machines had been destroyed in a warehouse fire in the capital, Kinshasa, but OHCHR spokesperson said that it was unclear who was responsible.

“We do not yet know what caused them; there’s a lot of speculation about how it happened, whether it was deliberate, and then you know, which side.

“But this again is an example of the kind of violence that has suddenly flared up this week in the lead-up to the elections,” she said.

In a statement highlighting several violent pre-election incidents, the High Commissioner noted that at least three men were killed and several injured in early December.

The killings happened “after police reportedly fired live ammunition and used teargas and water cannons against an opposition rally in Lubumbashi in the Haut-Katanga province”.

In another incident, also in December, the convoy of one of the leading opposition candidates for the presidency, Martin Fayulu, also reportedly came under attack by police, according to the High Commissioner’s statement.

Ensuing clashes resulting in the prosecutor’s office being burned down, while further violence during Fayulu’s campaign in Kalemie, Tanganyika province, led to the death of a young woman and injuries to at least nine others, “including two by live ammunition”.

On Dec. 13, in Mbuji Mayi in Kasai Orientale province, Shamdasani added that a 16-year-old boy was reportedly killed by a soldier of the Forces Armées de la République Démocratique du Congo (FARDC).

This was after the provincial governor had deployed soldiers and police officers on several roads to prevent people from greeting another presidential candidate, Felix Tshisekedi, she said.

While the High Commissioner’s warning was directed principally at the government of Kabila, she also expressed concern that supporters of the opposition had also reportedly disrupted campaigning by presidential majority candidates in the provinces of Kwilu, Kasai, Maniema and the Kivus.

Noting the “already tense electoral environment”, Shamdasani repeated the High Commissioner’s appeal to the Government “to ensure that these incidents are promptly investigated and that the rights to freedom of expression and peaceful assembly – which are essential conditions for credible elections – are fully protected”.