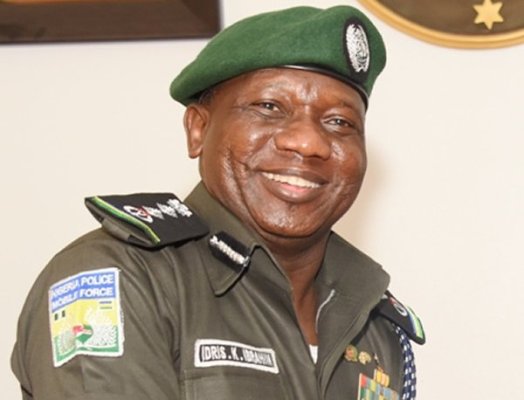 A long-awaited succour came to the officers of the Nigerian Police as the Federal Executive Council led by President Muhammadu Buhari recently approved a salary upgrade to motivate them for improved service delivery. Inarguably, the new package will, however, comfort the officers and make the job attractive for young job-seeking graduates. Sensibly, Police remunerations ought to be attractive and inspiring on account of countless hazards related to the job. Without a doubt, the workforce would appreciatively give thumbs up to federal government on the upgrade irrespective of scope.

If the government would from time to time repeat such actions, the bribery and corruption that thrive in the agency for many decades making it notorious and unappealing to young graduates will believably, come to abrupt end. Thus, the federal government deserved commendation for its sensitivity and understanding; that it is insufficient to noisily charge Police to shun corruption without first and foremost, address their plights and welfare. Amazingly, Buhari came up with the salary upgrade without oil boom but internally generated revenues that used to be squandered, divertingly shared among corrupt public officeholders in top echelon. And rationally, starting with the security agency is most ideal as the safe-guarders of the society.

Conversely, it is often said that to whom much is given, from him much is expected, thus, the salient issue is the anticipated new image of the agency alongside target conducts of the officers on account of the new motivating attention. To fire the cartridges straight, would the illegal roadblocks, ridiculous inducements and harassment of citizens that have become trademarks of the agency now become a history following the salary increment? Would suspects be treated with dignity and released on bail in line with engraved messages at every Police station that bail is free, without illicit financial bargains?  Would the Police follow complainants dutifully and ethically as obtainable in other countries to locus situs for inspections, or arrest of suspects without demanding notes either for transport fares, airtimes etc from victims of crime, that are in most cases already counting huge losses? And one more, would the slogan ‘Police is your friend’ remain a myth or translate to a reality in the society?

By the way, the agency in an ideal world should bear Nigeria Police Service instead of the word ‘force’. A government agency with a mandate on maintenance of law and order, preservation of the peace, prevention and detection of crimes, apprehension of offenders and enforcement of all laws with which it is charged, has no business with application of force. Its cardinal duty is to protect lives and properties. In other societies for example, the Police on duty are obligated to extensively direct, guide the public to avoid commission of crimes unlike in Nigeria that some may even hide from view in strategic locations for unaware citizens to commit crimes; for their arrests and illicit deals. In other words, the Police statutorily should assist the people to be law-abiding instead of circuitously, looking forward to see them break laws and become preys.

By the salary increment which is a step in the right direction, reasonably, there should be some dignity or self-esteem in the personnel to shun some corrupt practices especially roadside peanut-tolls in broad light. Regrettably, the good gesture by federal government may not sufficiently address the anomalies or irregularities. The reasons are simple but critical. From investigations, administrative or running costs of Police stations are largely borne by Police divisions possibly through proceeds from illegitimate demands from helpless victims. For example, maintenance of patrol vans for operations as well as putting a station to a standard look including providing alternative power to light up stations at night and other miscellaneous bills are taken care of by Divisional Police Officers through ‘harvests’ from subordinates on duty posts.

By implication, notwithstanding the commendable pay raise, the nuisances may still be existent until the running costs of divisions are legitimately taken care of by government or organizations, perhaps as social responsibilities. Disappointingly, such oversight exists in a society each lawmaker at the National Assembly ferries home unaccountably a sum of N13.5 million as monthly running-costs without clearly defined duties to perform. Meanwhile, Police with sensitive assignments that determine the state of any society with essential needs particularly functional vehicles for operations, call-airtimes to ease operations, security gadgets, office equipment, and basic facilities like constant electricity, water and periodic fumigation for health of suspects that end up going home with infectious diseases are overlooked. Unequivocally, a senator or member of House of Representatives; a position that requires as low as O’ level school certificate, shouldn’t for any reason earn more than Permanent Secretaries in federal ministries.

Presently, no lawmaker is willing to go back to trained professions including medical doctors, lawyers, chartered-accountants, pharmacists, engineers among other professionals once smelled the seat. Hence, sit-tight syndrome leading to self-seeking defections and do-or-die politics in vogue. Obviously, putting an end to unjustifiable bogus allowances in the legislative arm that pitilessly drains the economy is one salient omission in all the contestants’ policy papers. The shams have given a giant blow to the economy especially aggravated no-political-ideologies that characterized the polity.

Most importantly, by the salary upgrade, section 14 (2) (b) of the 1999 Constitution of the Federal Republic of Nigeria as amended was synchronized with action; that is, making welfare and security of the people a priority of the government by motivating law enforcement officers for optimum service delivery. Hence, federal government should expediently, strategically work towards complementing it; by taking up responsibility of running-costs of Police stations across the country, possibly, by converting the deceptive running-costs of lawmakers for that purpose.

Without a doubt, such intervention mechanism will help to adequately reposition the Nigerian Police for optimum outputs and service-delivery. I end by reechoing a quote by William Shakespeare, “Security is the chief enemy of mortals”.