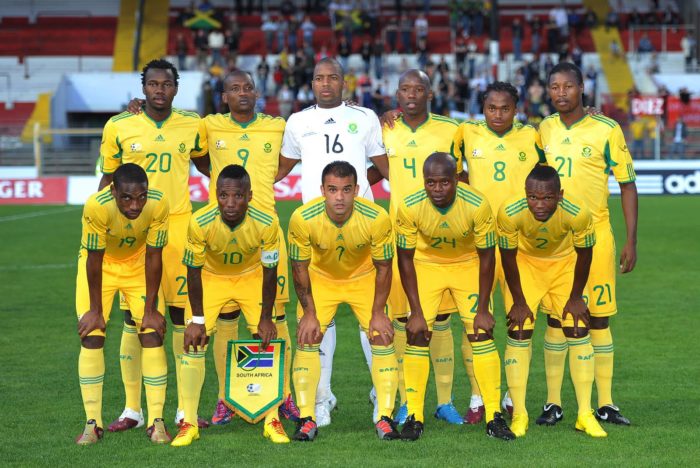 South Africa made the Friday night deadline and submitted a bid to be replacement hosts for next June’s Africa Cup of Nations finals but the South Africa Football Association (SAFA) says it is seeking clarity on the price tag of the tournament.

BBC reports that South Africa and Egypt are the two countries now in line to take over the hosting of the tournament from 15 June – 13 July 2019 after the Confederation of African Football (Caf) last month stripped Cameroon of the right to hold the tournament.

“We submitted our intention to host and our bidding documents before the deadline,” confirmed SAFA spokesman Dominic Chimhavi on Saturday.

But he said SAFA had also asked Caf to provide more clarity on the hosting requirements as the replacement hosts have only six months to prepare.

“We want to know what Caf’s requirements are from us if we are to be the host nation and indeed what they will be bring to the party.

“Also what are their commercial partners contributing? There is little time to now be able to talk to other potential sponsors,” he told the BBC.

It will be the first 24-team tournament and could become something of a crisis for Caf who were rocked by this week’s announcement that Morocco would not bid.

It had been assumed all along that Morocco , who had said 18 months ago that they were ready to step in and help if Cameroon were found incapable of hosting, would be the next host.

South Africa last hosted the Africa Cup of Nations in 2013, when Nigeria beat Burkina Faso in the final to lift the trophy.

Now Caf, who are still to confirm the identity of any other candidates who submitted their intention by Friday’s 2200 GMT deadline, will have to choose between two countries with long established infrastructure.

South Africa hosted the tournament in 1996 when it was first expanded to 16 teams from 12 previously and again in 2013 as replacements for Libya.

The country’s 2010 World Cup infrastructure is all still in place and being used for football regularly, except for Johannesburg’s Elis Park which has gone back to being an exclusively rugby venue.

South Africa’s concern, according to other SAFA officials speaking off the record, would be the cost of the tournament.

The cash-strapped SAFA could not afford to host the event without getting financing from state coffers.

This could prove a contentious issue at a time when the government is grappling with a financial crisis at several state-owned entities like the power utility company Eskom and the national airline, South African Airways.

SAFA insiders say there has been support this week for the body from prominent business figures, not least the football-loving billionaire Patrice Motsepe, owner of former African Champions League winners Mamelodi Sundowns.

Motsepe, who is the brother-in-law of South African president Cyril Ramaphosa, encouraged the submission of a bid because it could provide a platform for expanded South African business interests elsewhere on the continent, sources told the BBC.

Caf will make a decision on the 2019 hosts at its executive committee meeting in Dakar on 9 January.