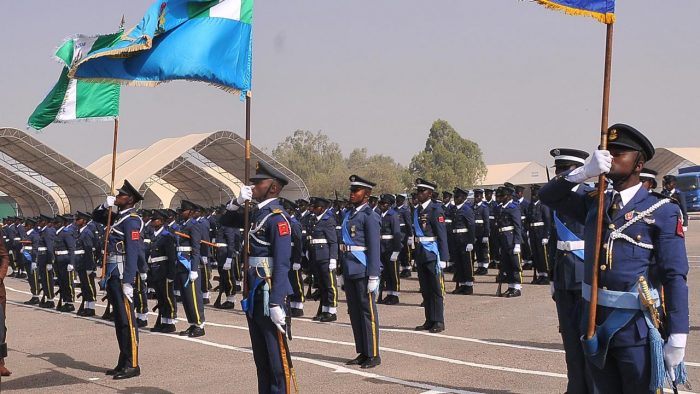 The Nigerian Air Force (NAF) in Lagos on Saturday urged parents to be vigilant and watchful during the festive period as so many disasters happen during the period.

“A lot of bad things happen during the festive season. My advice is watch over our kids and we should continue to advise them not to interact with strangers.

“They should not also be carried away with gifts from strangers because there are kidnappings in our society,’’ he said.

Olarewaju said the idea behind the party was to bring about interaction and integration among the children within the NAF.

“It is also to celebrate the hard work and achievements of our children this year and encourage them to aim higher next year,’’ he said.

The National President, Nigerian Air Force Officers’ Wives Association (NAFOWA), Mrs Hafsat Abubakar, who also is the wife of the Chief of Air Staff, said there was need to equip the children with skills.

“There is no doubt that we need to equip our children with life-long skills to prepare them for adulthood.

“As we guide and mould them into leaders of tomorrow, we should not forget how special they are also, ‘’ she said.

She advised parents to take care of their kids, saying that they were the future of tomorrow.