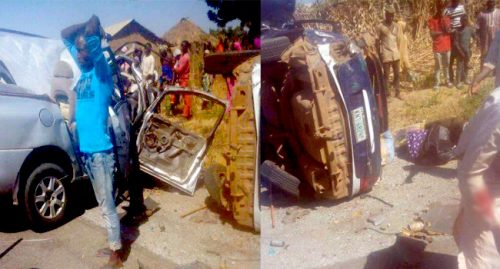 Seventeen people have been confirmed killed in a road crash in Labele village just after Nasko town in Magama Local Government Area of Niger State.

The crash occurred around 6 pm on Saturday and involved a Volkswagen Sharan car and a Peugeot wagon.

All persons on board the two cars died. Fourteen of them died on the spot, while three died on arrival at a hospital in Nasko town.

One of the vehicles was heading out of Niger while the other was travelling to Niger State from Kebbi State.

According to him, the two cars collided when one of them tried to dodge a pothole. He attributed the tragic incident to speeding.