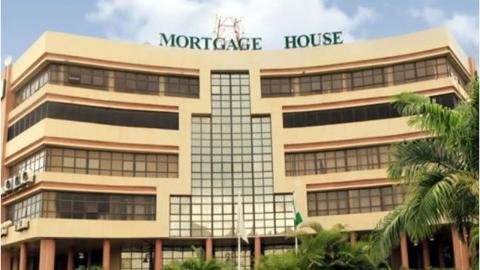 The Federal Mortgage Bank of Nigeria (FMBN) says it has processed N12.4 billion refunds to contributors of the National Housing Fund scheme and registered 224,752 to the fund in 2018.

A statement signed by Mrs Zubaida Umar, the Group Head, Corporate Communications, FMBN said that FMBN Managing Director,Mr Musa Dangiwa, disclosed this during an oversight visit by the Senate Committee on Housing to FMBN headquarters, Abuja.

Highlighting some of the key achievements of the bank in the last one year, Dangiwa said it had disbursed housing loans totaling N40.9 billion to 1,843 NHF contributors.

He also listed FMBN innovative housing products to tackle housing affordability challenge which included rent-to-own scheme, where contributors could own a home and pay monthly or yearly rents over a 30-year period.

He said another product was the NHF Individual Housing Construction loans that could be payable over a 15-year period at interest rates of seven per cent.

“Another notable one is the reduction of equity contribution requirements for accessing NHF loans from 10 to zero per cent for sums of up to N5 million and 20, 30 per cent to 10 per cent for loans of up to N15million.

On the way forward, the FMBN boss said that the bank would continue ongoing efforts to fully automate its business operations to improve efficiency and timeliness in the delivery of its services to Nigerian workers.

He said that a key component of this strategic policy was achieving end-to-end automation of all its operations ranging from NHF collection, loan processing, issuance of statement of accounts, NHF refunds amongst others.

Dangiwa thanked the Senate Committee for its unprecedented support of the bank, specifically for the accelerated hearing and passage of the NHF and FMBN Amendment bills, which are now ready for the president’s assent.

The Committee Chairman, Sen. Barnabas Gemade, commended the landmark strides recorded by the management of FMBN in its efforts to reform and reposition the bank.

Gemade lauded the ability of the management to create a professional work culture and the sustained push for the N500 billion recapitalisation of the institution.

He said this led to the passage of the NHF and FMBN amendment bills by the National Assembly; and the development of innovative housing products to cater for unique needs of workers.

The chairman cited the bank’s aggressive drive to leverage technology toward increasing transparency and accountability in the operations of the bank.

Gemade said that in the two years of carrying out their constitutional role to supervise and oversight the bank, members had noted a strong sense of direction and accountability by the management.

“In the past two years, we have seen tremendous turnaround in terms of management and organisation of this agency.

“This gives us a sense of comfort that whatever investment government has made, and whatever appropriation the Nigerian people have committed here, either directly or through government is in safe hands.”

Urging the management to keep up the good work, he called on stakeholders to support their efforts to strengthen the bank for even greater impact.