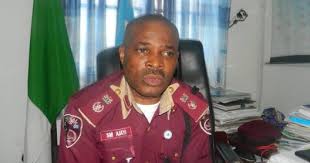 A sombre Adeleye told the News Agency of Nigeria (NAN) in Awka that he could not question God.

Ajayi was reported to have died in a ghastly crash on Asaba-Benin Expressway while returning to his base in Awka early Saturday morning.

The ZCO described the mood in FRSC family as sad and deep sense of loss.

Ajayi, he said, was a reliable officer who upheld the ethics and principles of the Corps while alive.

“We are sad, we are in deep pain, even the Corps Marshall is mourning.

“I cannot question God. His death is a big loss. I’m sorry, I can’t talk any more for now,” he said.

A source who pleaded anonymity said his remains have been moved to Anambra where it was deposited in a morgue.