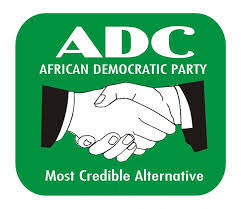 Mr Manzuma Issa, the governorship candidate of the African Democratic Congress (ADC) in Kwara, has promised to execute people-oriented programmes for the progress of the state if elected in 2019.

Issa gave the assurance in Ilorin on Monday.

The candidate, who is the immediate Chairman of the Ilorin branch of the Nigerian Bar Association (NBA), also promised that his administration would provide a better alternative to governance in the state.

He said he would deploy his professional training, leadership skill and experience to reflect positively on developmental agenda of the state.

“I indicate interest to contest for gubernatorial election in Kwara because I have the softness, the talent, the creativity which I used to reform the Nigerian Bar Association Ilorin branch as chairman and exhibited such leadership quality to reform NBA Ikeja branch, as caretaker committee member.

“This same, talent will be brought to Kwara to transform and develop the state.”

He also promised the people of the state that if given the mandate, his administration would give priority to the provision of quality education, empowerment of the vulnerable groups and reduce poverty.

“I have interest in youth development so as to create job opportunities for the teeming youth roaming the streets without jobs.

“With my creativity and softness, I will apply this talent in creating job opportunities for the youth.

“If we are familiar with the aspiration and intention of the founding fathers of the Northern region, cheap education was the focal point, aimed at bringing the region at par with the West and the East.

“Kwara in those days used to supply manpower to most states in the North, especially when we were in the North Central states. Today, the story is no longer the same because of the complacency.

“We want to focus more now on quality education for the youth. These and other factors are what informed my decision to want to contest for gubernatorial election in Kwara state.”

Issa, who hails from the North Senatorial District of the state, said it was the turn of the zone to produce the next governor of the state to entrench equity and justice.

“The first factor that informed my coming out is that, it is the turn of Kwara North to produce the next government of Kwara. However, the major political parties – APC and PDP did not give the ticket to any of the candidates from Kwara North.

“We are going to concentrate on wealth creation that would target the youth and women.

He urged politicians, particularly candidates into various elective positions to eschew hate speeches against opponents during the campaigns to deepen democracy.

The candidate called on Nigerians to vote for credible, tested and trusted candidates and eschew selling their Permanent Voter Cards(PVCs).

“When you sell your vote, you have sold your right. You can no longer challenge the government you have put in place because of your indecision during voting.

“Those who refuse to participate actively in the political process will later become victims of bad leadership.”

The ADC candidate expressed confidence in the ability of Prof. Mahmud Yakub-led Independent National Electoral Commission to conduct free and fair election in 2019.