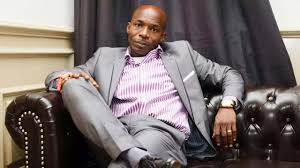 The President of the Midwest Movement, Don- Pedro Obaseki,has urged presidential candidates in the 2019 elections to exhibit the spirit of sportsmanship in order to deepen democracy.

He gave the advice in an interview with the News Agency of Nigeria (NAN) in Lagos.

According to to him, presidential candidates who will not secure people’s mandate to be the president  of Nigeria should emulate former President Goodluck Jonathan in conceding defeat.

It would be recollected that Jonathan conceded defeat to the candidate of the All Progressives Party, (APC) President Muhammadu Buhari in the 2015 presidential elections.

This he did by placing a phone call to congratulate him, even before INEC declared final results of the election.

Obaseki, a cousin to Gov. Godwin Obaseki of Edo, also called on political gladiators not ignite the country after elections’ results would have been declared.

“Jonathan’s effort prevented break down of law and order as well as violence and breaking up of the country earlier predicted,” obaseki said.

“If Jonathan had not made that phone call to Buhari, Nigeria would have been thrown into crises of great proportion which would have put in jeopardy the cohesive unity of this country.

“I want to advise any of them that, when they are convinced or even when they are not convinced, when one seems to lose, he should simply do the Jonathan’s call and save this country.

“There must be proper management of the contestants and their followers, so that they don’t ignite this country. Nigeria is bigger than any candidate.”

Obaseki, a former Financial Secretary of the Academic Staff Union of Universities (ASUU), is a veteran film producer and broadcaster.