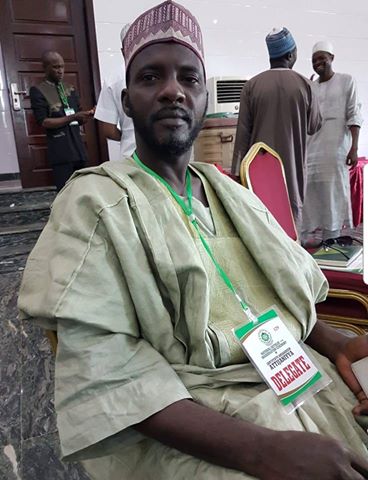 Three out of the four muslim leaders kidnapped in Rivers State have escaped from the kidnappers den at the Ibaa bush in Emohua local government area on Sunday night.

Fear has however gripped the family of Alhaji Bello Usman, who is in his late 50s abandoned by the kidnappers in the bush since Thursday night after he collapsed thrice while the abductors were dragging them to their hideout in Ibaa bush.

Among those who managed to escape from the kidnappers’ den is Alhaji Mukadam Aliyu Abdulhamid, the General Secretary of The Tijaniyah Brotherhood in Rivers State.

A close source to the Tijaniyah Brotherhood in Rivers confided in our correspondent that “the kidnappers took them to their hideout in Ibaa bush in blindfolds.

When they got to the hideout which may have been an uncompleted building, they were blindfolded and bound in both hands and legs.

,Their abductors fed them with ‘Akara (bean cakes ), bread and water.” the source disclosed.

In the middle of the night, the victims stopped hearing noises from their abductors. The three remaining victims started shouting for water to drink at least to draw the attention of their abductors and also to ascertain their presence but to no avail.

Almost sure that the kidnappers had left left them, at least temporarily, according to the account, one of them struggled to loose the rope they used to bind them. Luckily, he succeeded and help others to set themselves free and also remove the blindfolds.

“Mustering all the energies in them,they started trekking inside the the bush trying to navigate their way.

“Fortunately, they heard the sound of worshippers in a church (name withheld) singing, clapping and playing drums.They trekked towards the direction of the church.

“After explaining that they were muslim leaders who were kidnapped on their way to perform some of the religious activities, the church members thanked God for their miraculous escape, gave them food, water and provided convenience for them to bath. They also provided phones to contact both their families and the security, especially the Army.”

Soldiers eventually came and carried them to Port Harcourt, but dropped them off at the Rumuokoro roundabouts at about 4 pm and gave them N2,000 as transport fare to their various homes.

Confirming the escape of the three muslim leaders, Khalifah Murtala Sulaiman Abdulsalam, who is also the Chief Imam and leader of The Tijaniyah Brotherhood of Islam, Rivers State, said the victims narrated their miraculous escape and how some church members took care of them.

He stated Alhaji Mukadam Aliyu Abdulhamid who is the General Secretary of the Islamic sect was among those who escaped. Others are Alhaji Ibrahim Baba and Alhaji Bashir, a mechanic.

Khalifa Abdulsalam expressed fear over the life of the fourth victim, Alhaji Bello Usman who was abandoned in the bush.

“We are concerned about the fate of Alhaji Bello Usman who collapsed three times and was abandoned in bush.

“As I speak to you, we are at Elele Police Station to see how the Police could help trace the whereabouts of Alhaji Bello Usman. We pray for him to be alive.”