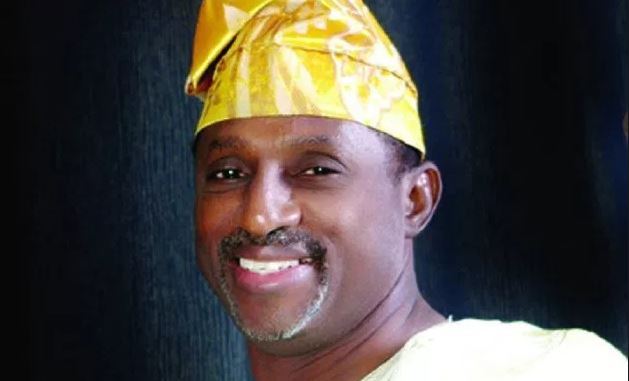 The Oyo State Governorship candidate for the African Democratic Congress, ADC, Senator Olufemi Lanlehin has condemned the monetisation of elections in Nigeria, saying that if unchecked, it would have grave consequences for the Nigerian political project, and the forthcoming 2019 polls.

Lanlehin stated this while delivering a lecture, titled, “Monetisation of Electoral Process and the Imperative of Free and Fair Election in 2019” at the 2018 Press Week of the Nigerian Union of Journalists, NUJ, Correspondents’ Chapel, Oyo State Chapter.

He pointed out that with an almost disappearing middle class, and a polarisation into the rich and poor social stratum, monetisation of politics led to undue manipulation of the poor, making them mere observers of a process they should ordinarily drive.

“This derision of our people is made possible due to the poverty in the land, which politicians have now taken undue advantage of, and now displayed in the distribution of money and other edibles like a few cups of rice at campaign grounds, rallies and events. These days, people care less about ideology, manifesto or blueprint. All people now want is money, money and money. One cannot really blame anyone, as that’s what the ruling class has conditioned them to. It is even sadder to see the government in power distributing money to curry votes. One can only wonder what they’ve been doing in the years leading to the polls!” he expressed.

According to him, “The first grave consequence is the population of the political space by the rich and connected, to the exclusion of the poor and not too rich. Unfortunately, this excluded set may have the best of intentions, and be the ones to deliver true dividends of democracy to our people had they been allowed to get to office. Unlike what obtained in the past, especially during the Action Group era when persons of integrity and character were entrusted with political assignments, irrespective of their financial standing, the richest and the most connected now get tickets and political support. What mattered then, unlike now, was integrity and character. For instance, my dad, Chief Samuel Owoola Lanlehin as parliamentarian and later National Treasurer of the Action Group lived in our Nalende house, in the midst of his people. The fad then, unlike now, was the identification of persons of character and modest achievements to be supported by the party as candidates. He or she is then handed the party’s manifesto, which is faithfully implemented”.

He further said, “Further to the exclusion of persons of noble character from the political space is the damaging effect on free, fair and credible elections. This is because when the field is only open to the highest bidder, flight is taken of credibility, character and performance, to the detriment of the people, who bear the brunt of rulership in the four or eight years of their governance or mis-governance, as is applicable. Elections cannot be credible when the field is segregated, and when vote buying, as witnessed in the Ekiti and Osun elections is a possibility. As we speak, while some of us are knocking on doors, visiting hamlets, villages, towns and cities, during the day and in the night, selling our candidature, presenting our ideas and celebrating our precedents, some of our opponents are in the comforts of their houses and night clubs enjoying the luxuries of life, waiting for Election Day to do as they usually do – buy votes!”

Lanlehin, however, commended the National Assembly for placing a limit on campaign fund condemning President Muhammadu Buhari’s refusal to sign the amended electoral act, which he described as a clog in the wheel of progress in the electoral process.

“Truth is, with a ceiling of N5 billion, N1 billion, N500 million and N250 million on presidential, governorship, senatorial and House of Representatives campaign spending, though still a long shot, some form of decorum would be introduced to the whole process. One therefore calls on Mr President to rise above every partisan considerations and sign the amended electoral act”, he added.

Lanlehin called on the stakeholders in the forthcoming election, particularly the Independent National Electoral Commission, INEC, security agencies, civil society and indeed, journalists to ensure that the 2019 election is not rigged in whatever form but rather ensure that the election is not only free, fair and credible but seen to be so.