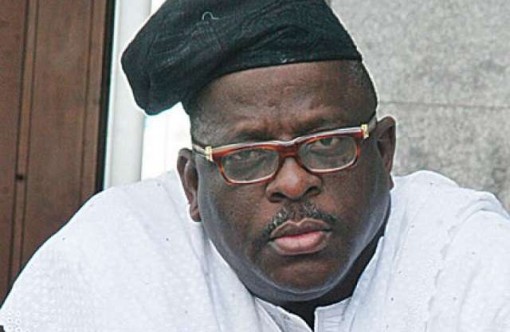 The Court of Appeal in Ibadan on Tuesday set aside a court order which directed Independent National Electoral Commission to recognise the list of candidates submitted for the 2019 general elections by a faction of Ogun PDP loyal to Sen. Buruji Kashamu.

Justice Shittu Abubakar of the Federal High Court Abeokuta had on Oct. 2 ordered INEC to recognise the list of candidates submitted by the Chief Bayo Dayo executives loyal to Kashamu.

The applicants in the appeal are the Peoples Democratic Party (PDP), its National Chairman, Uche Secondus and Secretary, Ibrahim Tsauri.

The respondents are Dayo-led Ogun PDP executives loyal to Kashamu and INEC.

The three-man appeal panel led by Justice Haruna Tsammani unanimously agreed that the lower court was wrong in its decision and consequently set aside the order, saying it was null and void.

Tsammani, however, said the applicants were not properly served the originating summons at the lower court which would notify them that there existed a case before the judge assumed jurisdiction.

The judge said service of the originating summons was fundamental and a precondition which would affect and determine the validity of the court ’s proceedings.

“In the interest of justice, the order of the lower court is set aside, null and void and an academic exercise,’’ the judge said.

Tsammani ordered that the case be returned to the Chief Judge for reassignment to another judge other than Justice Abubakar.

Speaking to newsmen after the judgment, the counsel to the Dayo-led executive, Ifeoma Esom, expressed dissatisfaction with the judgment of the court.

She said her client had directed her to proceed to the Supreme Court.

But counsel to the PDP, Emeka Etioba (SAN), said he was satisfied with the judgment and commended the judges.

The PDP had earlier submitted the list of candidates which had Oladipupo Adebutu as the governorship candidate of the party in Ogun to INEC before the Oct. 2 order of the lower court recognising Kashamu’s list.