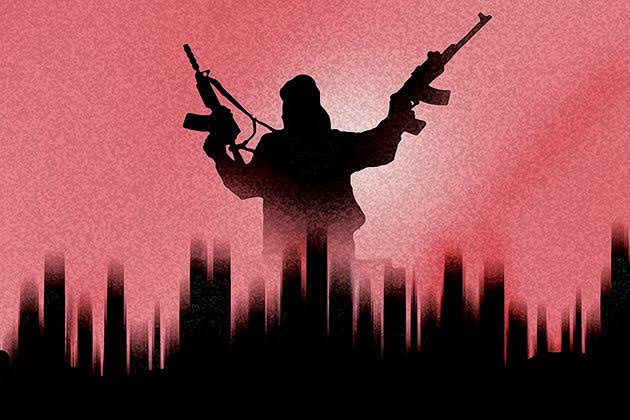 Chief Davidson Akhimien, the Presidential Candidate of the Grassroots Development Party of Nigeria (GDPN), says his party will fish out and name sponsors of terrorists if elected.

Akhimien told newsmen in Lagos on Tuesday that de-mistifying sponsors of insurgents in Nigeria was the quickest way to end terrorism in Nigeria.

“If voted into power, my priority and that of my party will be security. The party will not leave any stone unturned to fish out the sponsors of terrorists.

“By the time we get the sponsors and stop their funding, then we are halfway into decimating the terrorist groups,” he said.

“We need to get modern weapons for our troops to use, we need to improve on the morale of our youths, their salaries and allowances should get to them as at when due. Insurance for members of their families must be enhanced.

“We have mapped out how we are going to do it; Nigeria will sleep with their eyes closed when I become president. Security is my call.

“Today, Sambisa forest is our area of shame but when I become president, Sambisa will become our area of fame because we are going to turn Sambisa into one of the greatest ranching locations in Africa,” he said

On kidnapping, Akhimien said that the party would decentralise the police into three tiers — the Federal Police, State Police and Provincial Police to curb security threats.

On economy, the presidential candidate said that efforts would be made to promote ease of doing business to rejig the economy and embark on job creation.

He said that unemployment was largely as a result of the mismanagement of the public resources, decay in infrastructure and security situation which had led to shutting down of many companies.

The GDPN candidate said that the party had devised measures to tackle both security and economic problems facing the country if elected.

He said that GDPN is the new face in the Nigerian political landscape and urged Nigerians to shun politicians, especially those who kept promising but failing.

“It is a defining moment in the history of our country and Nigerians need to grasp that and run with a new thing.

“We know we are the one that will bring solace to the Nigerian people. We are growing members and Nigerians are embracing us,” he added.

Akhimien said that his government would look at agriculture, industrialisation, improve power supply of rural communities in addition to setting up mechanised agricultural settlements across the six geo-political zones.

Akhimien said that he was not intimidated by any one or any other political party.

“I am not intimidated in anyway because we are a party that is out to rescue Nigeria and out to bring about the dividends of democracy to the majority so that the critical mass of Nigerians may enjoy their country again.

“We have been blessed as a country, endowed with enormous resources both human and material, why is it that we are not benefiting from what God has blessed us with?.

“It is not about the party, it is about the actions. The actors have not delivered the deliverables of democracy to the people and so, there are new actions (in GDPN). Our party is a game changer,” he added.

According to him, the party has structures in the 36 states of Nigeria and is climbing.

He said that people were embracing GDPN because they desired a new Nigeria.