Let's have Ayogu Eze as our governor 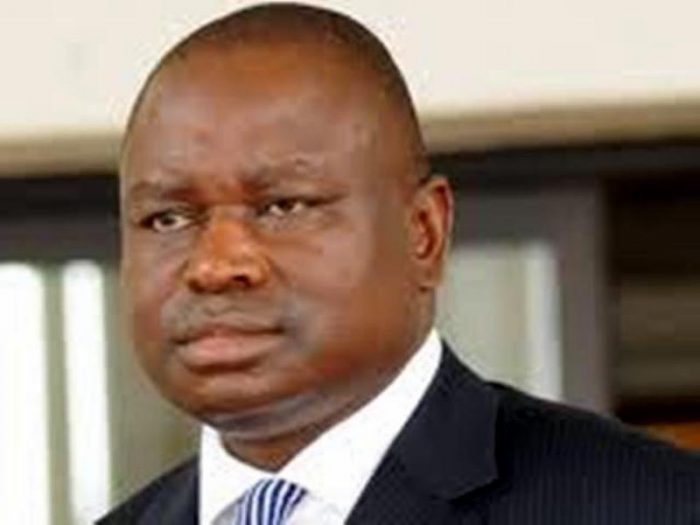 An era that promises, in all honesty, a new refulgent dawn, in the political history of Enugu State in gradually nibbling its way out of an incubator. Indeed, the first few chapters of that
glorious dawn in the making have been deftly written. They have to do, for one, with the taut personality of a journalist, public administrator, human resource management specialist, a
leader and someone who has distinguished himself as a selfmade senator in Nigeria’s Fourth Republic: Ayogu Eze, who’s ready, as the standard-bearer of the ruling All Progressives
Congress (APC), to contest the governorship race in Enugu State in the 2019 general election.

As one writes, it’s almost certain for Eze and his swamping supporters, that the governorship race would be more of a walkover. There are very persuasive grounds for this. Perhaps, in the
first place, Eze is about the cleanest − and one uses that adjective based on undoctored findings by political analyst and researchers, who have followed electoral developments in
Enugu State, since the birth of the Fourth Republic, in 1999 − most vibrant and productive law-maker at the Red Chamber, in Abuja, with his roots in Enugu State. They argued, for instance,
that Eze was perhaps the only member of the senate who − in a clear case of merit, structured on diligence and commitment to his private principle of people-oriented service, via true, open
and effective representation at the National Assembly − was either elected or nominated by his colleagues at the senate on diverse occasions to serve as a member of such committees as
Police Affairs, National Planning, Information and Media, and Federal Character and Inter-Governmental Affairs.

It was widely believed in the Red Chamber that in those days, it took the oratorical skill or eloquence of Eze, as a representative from Enugu North Senatorial zone, to have a stimulating debate on crucial issues of national importance. As his dossier shows, it might take a very long time − some observers project three decades, hence − to have a senator of Eze’s commitment, temper
and inclination in pressing crucial matters of national importance at the Red Chamber.

The second ground in that Eze was once a commissioner in Enugu State, after a fairly long period of being a special aide and adviser to the state governor. At the tourism ministry, Eze is
on record to have not only thwarted, but also clashed openly with lawless elements who wanted to defraud the Enugu State Government of much-needed funds.

The picture that could be painted of Eze, as the next governor of Enugu State, come 2019, is that he has a readable history of a leader, who fights for the led: a former commissioner or senator
who has won the heart of the good people of Enugu State − especially tax-payers and voters, on account of meritorious service. Much to Eze’s credit, a visible number of his political foes − in a show of maturity and graciousness − say he is not a product of political god-fatherism: one of the ugly trends that have tended, with unsparing muscle and viciousness, to smother private initiative, self-confidence, hard work and meritorious service − a la Eze. And so, at the pains of genuine, rapid and forward-looking growth of democracy in the Fourth Republic.

A second and interesting chapter that an Eze administration in Enugu State promises could be gleaned from his 26-page manifesto, designed, for an uncommon transformational leadership”. With such a manifesto, it’s Eze’s view that, “Our mission in governance will be to make government work for the people of Enugu State, in a secure atmosphere, where the government will become the true servant of the people. We want to return power to the people of Enugu State, by making them
the true drivers of change, who are schooled in the art of using the levers government to engineer a redemptive social transformation”.

For Eze, that is as an undertaken to make government and politics not only transparent, but also responsive to the needs and aspiration of the people of Enugu State. And the confidence
and ease with which the made such an undertaken is rooted in his distinguished leadership and image-making roles at the Red Chamber, in Abuja.

As Eze spoke, in a recent meeting with his swarm of supporters, about the expected APC-borne administration, come 2019, many were impressed that he was a seasoned public administrator,
who had a lot more to offer, in terms of development and transformation of Enugu State.
Under an Ayogu Eze administration, it’s virtually certain that for “change” and social transformation to have a positive effect on the affairs of the people of Enugu State, “Government… shall return to its proper role of serving the people as a vehicle to deploy societal resources for the good of the people”. Eze expatiated on that to mean “the provision of an enabling environment, policy and infrastructural backbone necessary, under public-private partnership to unlock the key sectors of the economy that will usher in the desired development that will
positively impact the lives of the people of Enugu State. Our ultimate goal”, as the President Muhammadu Buhari is doing at the national level, “will be to attract private sector investments
into our state.”

An Ayogu Eze administration hopes to create nearly 200,000, well-paying jobs in a reinvigorated tourism and agriculture sectors for the teeming youths, engineer economic empowerment, make Enugu State the hub of talented and skilled workers, and eradicate poverty. Within that matrix —
alongside a close-to-revolutionary intervention in the coal mining sector, which makes Enugu state well-endowed and unique, compared to other states − Eze hopes to increase, astronomically, the internally generated revenue (IGR) of Enugu State, so that it, ultimately, would be less dependent on monthly handouts from the federation account.

For Eze, such a fiscal ambition, predicated on a robust education, health, agriculture, tourism, power, transportation and mining sectors etc., would make multi-party democracy meaningful in meeting the expectations of workers and voters in Enugu State. Interestingly, Eze drew a rapturous applause when he pledged solemnly that, an APC administration, under his captaincy, would not only fight corruption, but also pursue a forward-looking, people-oriented infrastructural development that would open up the rural areas, supply electricity to every community, ensure ceaseless water supply to the rural communities and urban centres, “… while creating an arterial motorway network that will weld every part of the state into an unbroken highway chain.”

And as a pro-Eze crowd of pensioners, teachers, market men and women, transporters and university students said in late November, in Enugu, the state capital, “let’s have Ayogu Eze as
our governor”.