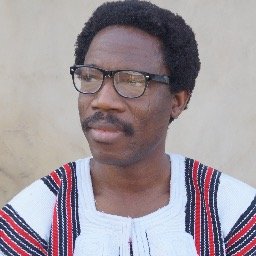 Radio journalists have been enjoined to ensure balanced reporting as they cover activities leading to the 2019 general election.

Giving this advice at a media roundtable discussion on the public presentation of the joint media monitoring report on the coverage of the 2019 electoral process in Lagos, southwest Nigeria, Head of Department of Language Arts and Communications of the University of Ibadan, Professor A. Ojebode, observed that so far media reporting of the electoral processes leading to the 2019 election showed that unbalanced stories outnumbered balanced stories.

Prof Ojebode who reviewed the media monitoring projects carried out by the Institute for Media and Society (IMS) and the International Press Centre (IPC) on the 2019 election appealed to media practitioners to embrace diversity and give voice to the voiceless in the society.

He said there is the need to get both sides of an issue to present a balanced report.

He also observed that most of the stories pushed out by the broadcast media, especially radio, lacked sound bite thereby denying the stories originality.

Other observations made by Ojebode on radio monitoring include the major focus on men to the detriment of women. Men, he observed, topped sources of news by the broadcast media;

*Election stories also dominate the airwaves while party issues were major items, during the period under review;

*City news also got more prominence than others.

On television, a commercial station, Desmims Independent Television (DITV) has the highest number of broadcast items on the 2019 elections with 258 items while TVC came second.

In his opening statement, the Director, International Press Centre (IPC) Mr. Lanre Arogundade disclosed that the project was facilitated by the IPC and IMS under Component 4a and 4b: Support to the media of the EU Support to Democratic Governance in Nigeria (EU-SDGN) project.

He enjoined journalists and other media professionals to strive to abide with the provisions of the Nigerian Media Code of Election Coverage, ”requiring us to be ethical, professional, socially responsible and conflict sensitive, especially through the avoidance of hate speech, in the coverage of the 2019 elections.

”It is also worth reminding all journalists, media establishments and electoral institutions organising debates for candidates in the 2019 elections that the Code requires them to ensure the participation of all parties and candidates contesting elections in political debates.

”Now that candidates have merged, let us also be reminded that the Code expects us to give prominence to issues of women, especially female candidates, youths and persons living with disabilities.”