Genevieve’s LionHeart movie blocked by ‘powers that be’ at cinemas 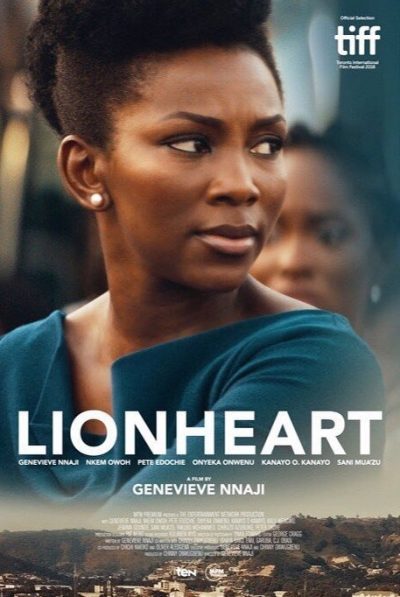 Cinema screening of ‘LionHeart,’ the directorial debut of veteran actress, Genevieve Nnaji has been halted due to alleged industry gang-up.

Although the movie was purchased by Netflix in July, Nnaji’s team announced last Friday that its cinema screening would commence on Dec. 21.

Following that announcement, a viral statement from the ‘Lion Heart’s team alleged that the “powers that be” (distribution companies) have refused to show the movie in their cinemas.

The statement further claimed that one of the major distributors, who had agreed to show the movie, backed out of the deal after being “arm twisted”.

Reacting to the statement, Patrick Lee, chairman of the Cinema Exhibitors Association of Nigeria (CEAN) clarified the association’s position in a public statement.

He said that the Lionheart team did not adhere to the processes involved in exhibiting a film in cinemas in the country that’s why most of its members “rightly refused to take the movie.”

“And also for our cinemas to be provided with adequate notice for the inclusion of the movie in an increasingly crowded calendar.

“It is clear from the approach taken by the Lionheart team that these processes were not adhered to and most of our members rightly refused to take the movie.

“It is also important to note that this movie had been signed up by Netflix months ago, thereby giving Genevieve’s team ample time to secure a spot on the calendar.

“An option they did not take until quite recently thereby ensuring the possibility of the movie not being shown by cinemas during their preferred date.

“Genevieve has starred and produced movies for cinema exhibition in the past so should be familiar with the way the industry works which is why this is a cause for concern for us in the cinema association.

“Finally it’s worth pointing out that other movies such as Chief Daddy, KOB and Merry men had all been slated from early March this year.

“Mo Abudu, AY and Kemi Adetiba who are industry compatriots of Genevieve’s followed the right approach by scheduling early for cinema release.

“It’s not fair that they may now possibly have their screen times reduced because of the rushed inclusion of Lionheart in the cinemas.

“We at the cinema association are also not pleased about the attacks in the statement on some of our members and the sweeping generalisations the statement makes,” Lee said.

Lee added that the association expects to seek further clarification from its author before determining if further action needs to be taken.

‘Lion Heart’ had successful screenings at the Toronto International Film Festival (TIFF) and Marakeuch, Morroco and will be available on Netflix in January, 2019.