Group calls for rescue of abducted bishop in Rivers 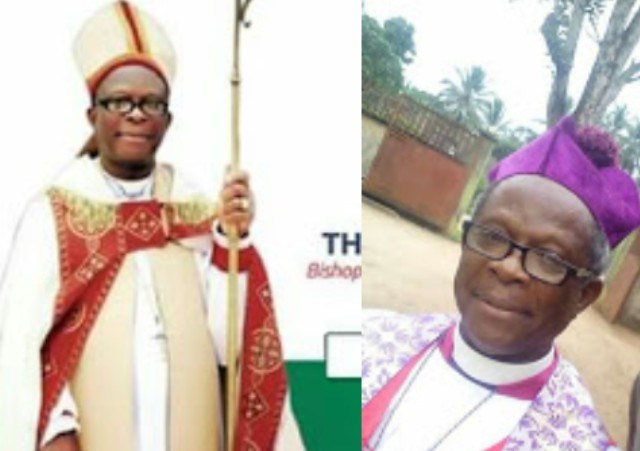 The police and other security agencies in Rivers, have been enjoined to rescue Bishop Clement Ekpeye of Ahoada Diocese of the Anglican Communion, who was abducted on Tuesday by unknown persons.

A body named, Tonye Cole Campaign Organisation (TCCO), a political group with sympathy for the All Progressives Congress (APC), made the call in a statement issued in Port Harcourt.

The statement was signed by Mr Ogbonna Nwuke, the TCCO Spokesperson in Rivers.

It said: “we urge the Rivers State Police Command and other security agencies to do the best that they can to rescue him.

“We are however, disturbed that under the watch of this government, kidnapping has degenerated so low that a Man of God who has dedicated his life to the service of mankind can be so brutally assaulted by thugs.

The group stated that the abductors were acting on the orders of their “godfathers.”

“We have learnt that the priest was taken from his residence, beaten and forced into his car by the hoodlums who took him to an unknown destination.

“We recall that the gentle and respectable priest whose whereabouts are yet unknown was received, and prayed with Pastor Tonye Patrick Cole, flag bearer of the APC when he visited the area.

“We have also learnt that since Pastor Cole visited the area, the priest has received threats from persons at large,” TCCO stated.

The group said it had joined Christians and other Nigerians to pray for the safety and immediate return of Ekpeye to his loved ones and the church,

“Despite efforts by security agencies to keep the state safe, highly unsavory elements disguised as leaders have persisted in their quest to create fear and insecurity.

“Our people are not game to be hunted down and killed neither are they slaves to be sold or exchanged for ransom.

“Jobs and prosperity cannot be built on the foundations of insecurity. Accordingly, we are urging all men and women of goodwill to rise up against this terror in Rivers State.

“Enough of this malaise,” the group added.