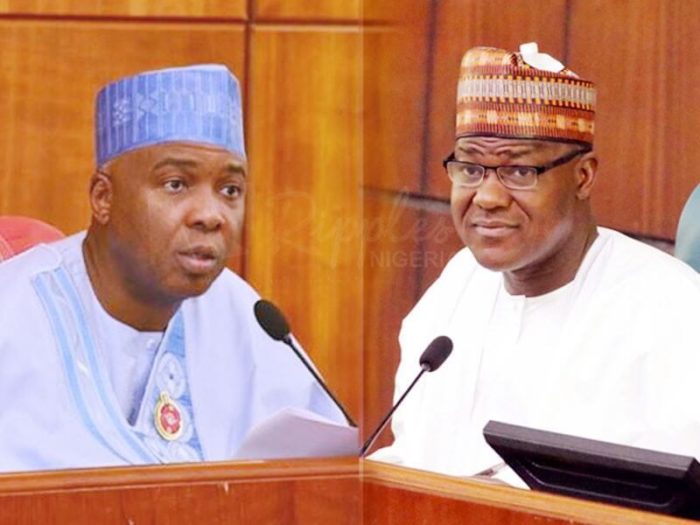 Nigeria’s Senate President Bukola Saraki and the Speaker of the House of Representatives, Yakubu Dogara on Thursday dragged workers of the National Assembly to the National Industrial Court of Nigeria to restrain them from closing down the federal parliament.

The workers, under the aegis of Parliamentary Staff Association of Nigeria, are currently on an industrial action over unpaid allowances.

Saraki and Dogara, in their motion ex parte filed on December 18 and obtained by our correspondent on Thursday, are seeking the order of the court to restrain PASAN members from proceeding on strike pending the determination of the motion on notice before it.

The motion on notice was deposed to by a legal practitioner in the office of the Senate President, Mr. Sambo Ndahi.

Ruling on the Order of interim injunction issued through suit No. NICN/ABJ/360/2018, Justice Sanusi Kado directed the leadership of PASAN and their agents to refrain from proceeding on strike.

PASAN had, on Monday, embarked on a four-day warning strike over unpaid allowances to the tune of N2.7bn.

PASAN members were stopped from gaining access to the National Assembly on Wednesday when President Muhammadu Buhari presented the 2019 appropriation bill, Punch reports.