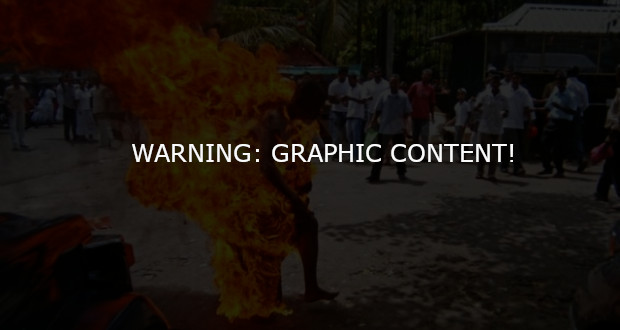 A policeman has burnt himself to death after discovering that his wife is keeping three lovers through her whatsApp account.

Tinashe Jala who worked in the ICT Section at the Chitungwiza Police Station, Zimbabwe, died a horrific death after he locked himself inside his house and set himself on fire.

Jala committed suicide after he had walked his wife Sibongile Shana to the bus stop. He was 30 years old. According to sources within the family, Jala had discovered that his Sibongile was cheating on him with three other lovers after he had cloned her WhatsApp account using WhatsApp Web.

An impeccable source who spoke to H-Metro said, “the two were living peacefully until they engaged their relatives over a misunderstanding and Shana’s sister decided to stay with their two children, saying their misunderstanding should not affect the kids.

“Jala discovered through WhatsApp web that Shana was cheating him with three different men and this did not go well with him and I want to believe this is the end result. Shana is reported to have been refusing to go for HIV tests and contact numbers of the three alleged men were shared with Jala’s brother.”

iharare.com reports tat neighbours tried in vain to gain entry into the locked house after they spotted smoke coming out of the house and women took turns to put off the fire.

“We are still to get to the bottom of the story. Shana heard about this tragedy but decided to remain at her workplace for unknown reasons.” a source said.