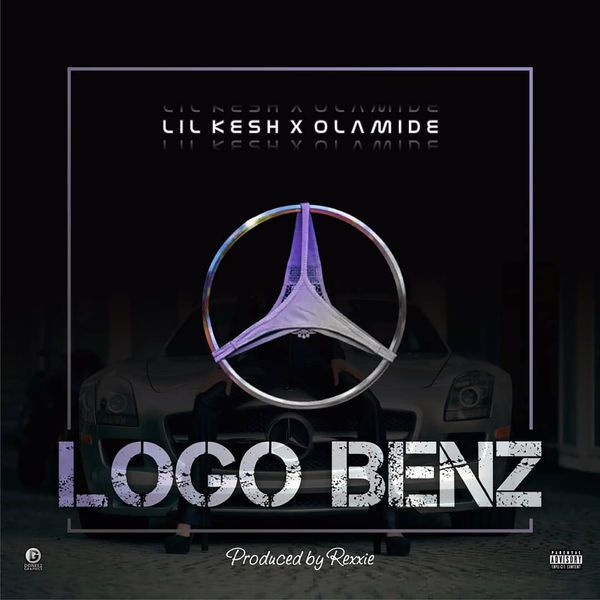 ‘Logo Benz’ is the title of the song currently trending on social media for all the wrong reasons.

Nigerians expressed their displeasure on their different social media accounts shortly after the release of the song.

@Isimaodeh wrote “This Olamide and Lil Kesh song is painful to listen to.

“A song that glorifies rituals, internet fraud and blood money.

“What does ‘if money no enter, I go do blood money’ mean?

“That song will get across to millions of youth, that’s the worst part.

‘There is no excuse for this.”

@Officialdaddymo, on the other hand, stated that “Why is the new Lil Kesh and Olamide song promoting and glorifying ritual killings and blood money?

“Why must you use terrible lyrics like this, ‘If money no enter I go do blood money’.

“There needs to be a line that you can’t cross when it comes to lyrics in music. This is one of them.”

@jajaPhd said “Music is usually a reflection of the society from which it originates at the time it is produced.

“So, Olamide and Lil Kesh are just producing music that reflects our society at this point in time just as Fela’s music in Fela’s time.”

@Bhadosky said “If money no enter I go do blood money.

“I have been shouting for years but people seem unbothered.

“Can we all come together and tell Olamide and Lil Kesh that enough is enough.”

Some Nigerian twitter users have called for the song to be banned while others are threatening to boycott Olamide’s upcoming concert in Lagos, ‘OLIC,’ with emphasis on the effects the song could have on children.

“Olamide is a cancer to the Nigerian music industry and youths in general.”

@terrybrains said “This new song with lil kesh is just rubbish, what kind of lyrics is this.

“If money no enter I go do blood money.

@royzkingin wrote, “At this moment, Olamide and Lil kesh are toxic to the music industry.”

@tamiromeo said “Olamide is cancelled” shouldn’t end here, If you really mean it, simply don’t show up for OLIC.

“He and his mafia should enjoy their blood money alone.”

@voiceofsanity said, “This Logo Benz song is enough a reason for Nigerians not to grace his OLIC this weekend.”

“We need to send a message to Olamide, this new song is so sad.

“There are families that have lost loved ones to rituals.”

Many would recall that Olamide had to recently respond to criticisms from fans for promoting social vices in his single ‘science student’.

This latest criticism is coming a few days to his annual concert, ‘OLIC,’ scheduled for Dec. 23 at Eko Convention Centre in Lagos.