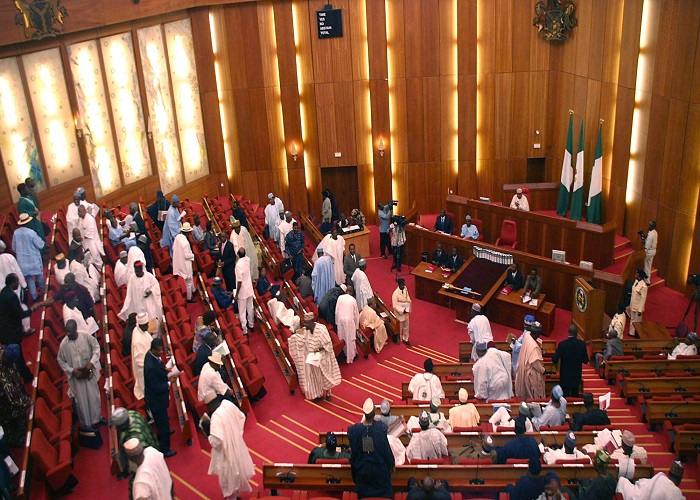 The Good Governance Group (GGG) has congratulated the Senate for finally putting its seal of approval on the new Chairman and members of the ICPC.

While applauding President Muhammadu Buhari for the noble intentions of his administration, the group says it is clear that purpose for setting up the Commission will now be brought to fruition. The ideals of Justice Akanbi, pioneer Chairman for ICPC, will now certainly be fulfilled.

The credibility of ICPC over the last two years is at a level better imagined given the task that the Commission was set up to execute.

The GGG, through its spokesperson, Adama Newton, said that with the caliber of the new Chairman and members of the Board, the credibility of the Commission will soon be restored.

The Commission has in the last two years operated like a gestapo, jettisoned the rule of law, turned to an extortionist agency and danced to the tune played by paid pipers. The operations of the agency, charged with the responsibility of tackling corrupt practices are fraught with corruption and gross incompetence.

According to Newton, the war to rid Nigeria and Government Departments and Agencies of corrupt practices would now be confronted with respect to the rule of law and without having to subject citizens to “unnecessary mental torture”.

Newton noted further that “with the appointment we are sure the new board would ensure Nigerians are not helplessly accused based on beer parlour rumours and roped in just to blackmail them or use compromised bank officials to freeze accounts. The board, consisting of some of the finest minds in Nigeria would not allow intimidation and skewed, jaundiced persecution in the place of diligent and unbiased prosecution. A war on graft must also be devoid of corruption to be taken seriously. And if this goal would be attained, it is this new board that would achieve it.”

Newton also enjoined all stakeholders to work harmoniously with the new board to ensure the achievement of the ideals of the agency. Newton also had a word of advise for the Executive and the legislature. “They should sheath swords and work in harmony to avoid leaving important agencies without direction. The country suffers irredeemably in instances such as this and institutions could face long term damage.”