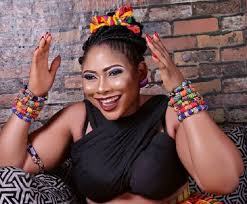 Nollywood star, Queeneth Agbor says she is fully in support of sex before marriage to be sure of the sexual strength of her man.

As dialectic as premarital sex is, the Nollywood actress, she recently revealed that she was fully in support of sex before marriage, as she doesn’t want to end up with a man who is not sexually active.

“As for me, I believe that sex is overrated in a relationship though I stand for sex before marriage with a good reason.”

“I need to test my ‘goods’ so I don’t end up with something inadequate. Cheating is a no-no for me. However, in a relationship, getting to know your partner doesn’t necessarily have anything to do with sex. I prefer to bond mentally and intellectually.

“I know my lover for who he truly is. Sex gone badly can actually end a relationship before you even get to know the real person.”

Agbor, not necessarily known for her roles in movies but for her incendiary comments about relationship, sex and marriage, which in most cases, dwell on her relationship preferences.

Speaking on the importance of sex in a relationship during a recent chat, Queeneth said, “To some people, sex is associated with stability because it increases the bond and maintains a level of stability.

The actress once revealed how her Igbo boyfriend slapped her silly for kissing a guy in a movie she acted and vowed never to date an Igbo guy.

“I won’t be dating an Ibo guy again; they are possessive and could be violent.”

Famous for her role in ‘Hooked’, she moved from Calabar to Lagos to pursue her dream career.