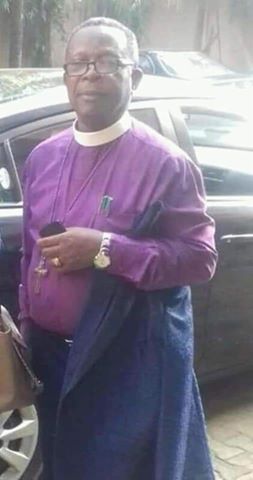 After spending five days in the den of kidnappers, the Bishop of Ahoada, Anglican Diocese, Bishop Clement Ekpeye, has been released.

It was not clear at the time of filing the report whether Bishop Ekpeye was released voluntarily or whether ransom was paid before his release.

Sources in Ahoada, headquarters of Ahoada-East Local government area confirmed to our correspondent in Port Harcourt that Ekpeye was released and reunited with his family on Saturday.

There was a huge celebration by the people of the area, especially, worshipers of the Anglican faith, who got wind of his release.

Meanwhile, the Cleric Synod Secretary of Ahoada Anglican Diocese, Rev Canon Bernerd thanked Christians for their prayers, which according to him, facilitated the safe release of the Bishop.