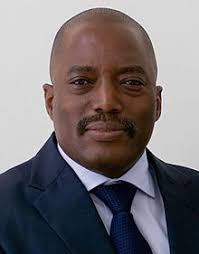 The Congolese opposition party says it is convinced that President Joseph Kabila does not intend to leave power and is doing everything possible to prevent the presidential elections from being held.

The leaders of the Union for Democracy and Social Progress UDPS warned against a further postponement of the elections, which had already been postponed from 23 to 30 December.

“If there is any kind of overflow, it is not due to our base, it would be manipulation of the regime and we have seen it. I am referring here to the fire at the CENI office, which was used as a reason by the authorities in order to justify the postponement,” Felix Tshisekedi, UDPS leader said.

Todayng reports that the Democratic Republic of Congo has witnessed in a calm atmosphere at the announcement of a further postponement of the general elections, which is to appoint a successor to President Joseph Kabila, who has been in power for almost 18 years.

“We would have liked the elections to have been held on the scheduled date, we will observe this seven-day postponement and ask everyone to remain calm,” says a UN source.

After the fire, the Céni claims to have ordered five million ballots from South Korea for its “voting machines”, which will only arrive fully on Saturday in Kinshasa.

“The problems in the provinces are enormous. The delays in the arrival of the equipment are colossal. We don’t really see how they will be able to do all this in a week, even if they work twice as hard,” said an informed Congolese observer.