The Nation “Person of the Year” 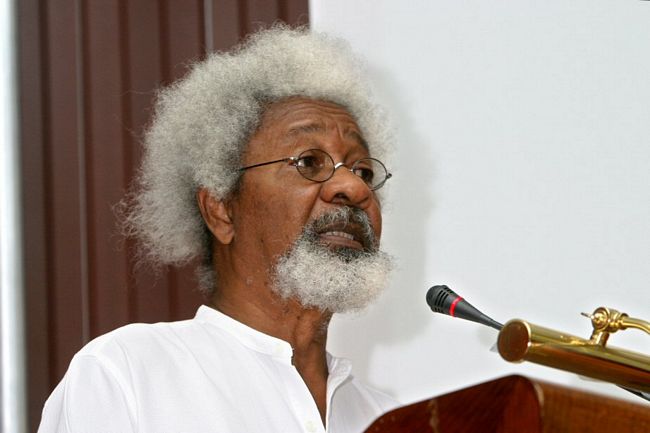 I cannot wait to congratulate The Nation Newspapers, and then the (Nigerian) nation herself, for  an invigorating decision on this year’s nominations for the ritual identification of individuals to whom honour belongs for the title of “Person of the Year”. I do not know the process by which the final decisions are taken. I have no idea if specific parameters of deserving are set for each annual exercise. If the process involves a specific theme, this year’s election exercise must have been set around evidence of “Nobility of Mind”. The decisions are, in my view, not merely appropriate, but universalist and unexceptionable. It redeems us, in a consoling measure, as responsive humanity. It offers a desperately needed salve of conscience for those to whom the abduction, and continued imprisonment of innocent children remain a dereliction in our moral existence and sense of civic responsibility. Some day, we know, this nightmare will be over. Right now, however, the nation is held prisoner and her collective pride severely bruised. We should feel unfit even to celebrate the award, feel inadequate to share it with Leah Sharibu’s family.

It is a useful moment to drag public attention back to a recent call for public involvement by Senator Shehu Sani, who, like many of thinking citizens, had clearly taken stock of the recent reverses endured by the military – most especially with the infiltration of a military camp and the massacre – let us not mince words! – the massacre of numerous soldiers. He advocated the adoption of the orphaned children of those fallen soldiers by senators. My only difference here is that this reach-out to our military should not be limited to the elected arms of governance but to the entirety of the nation. Where the cause is just, where a response to crimes against humanity with state structured violence cannot be faulted in any way, then maximal public involvement becomes not only just but mandatory. Failure to involve the nation, as a profoundly affected entity in the war against Boko Haram, is a grave psychological omission. It is not often that a nation finds itself, without reservation, on the side of state violence – I believe this is one of those exceptions. The government has failed in this elementary appreciation, and that prospect of boosting military morale through public solidarity has been jettisoned quite unnecessarily and pointlessly. War was taken to the nation, not the other way around, and the nation has no option but to engage through all available means for her people’s survival – and in full freedom. This is a vastly different call from the “Troop Comfort Fund” co-option of the War of Nigerian secession!

To return to this Award, an expression of national – and humanist – resolve, signified in the chosen young school pupil, let me plead that, even as we battle on different fronts for her restoration to freedom, undue expectations be not placed on any one individual predicament. Concentration should be, firstly, on her release, next, ensuring that she regain the normality of development from which she has been so violently wrenched. I tried to enter this plea on the occasion of the 70th celebration of the Universal Declaration of Human Rights on December 10, where a world-wide reading was held both for that anniversary and in memory of the murdered journalist, Jamal Khashoggi. I cautioned that no attempt should be made to fasten on that fragile prisoner of conscience any public burden beyond recovering her persona as human being and citizen. With the conferment of this award, I repeat and reinforce that plea. Recognize, honour, but prepare to let her be. And it is in that connection that I fault the – probably unintended – intent to drag her into feminist prospectus, through the evocation of that combative, but misplaced confection: sheroes. There is no such word. Leah Sharibu is a heroine, a national heroine, a universal heroine. Or hero. That should be sufficient.

‘Shero’ is an ugly concoction that even the feminist movement quickly recognized as distractive and distortive – and abandoned. Words sometimes go beyond mere meaning, they implicate history, just to complicate matters for unforeseen generations and other cultures and causes.Ironically,‘Hero’, for instance, was the name of a woman. In Greek mythology, she was a priestess of the deity Aphrodite. Imprisoned in a tower, she lit a lamp to guide her lover, Leandros, who swam the straits of the Hellespont for their nightly tryst. Hero is NOT a masculine word, it is not a candidate for gender emasculation.

However, we also must not be distractive, so permit me to end this little intervention with a few lines from my reading at that mentioned 70th Anniversary at Freedom Park, Lagos. May she gain freedom soon, and in sound body and mind, so that we also may relish ours:

Yours is yet pulsating rock, prospecting

Self-cognition. It may crack. Fissures

Will commence, the heart core melt, the weight,

The pressure take their toll with time, but –

This, your moment, stands outside time.

The voice endures, its echoes linger on.