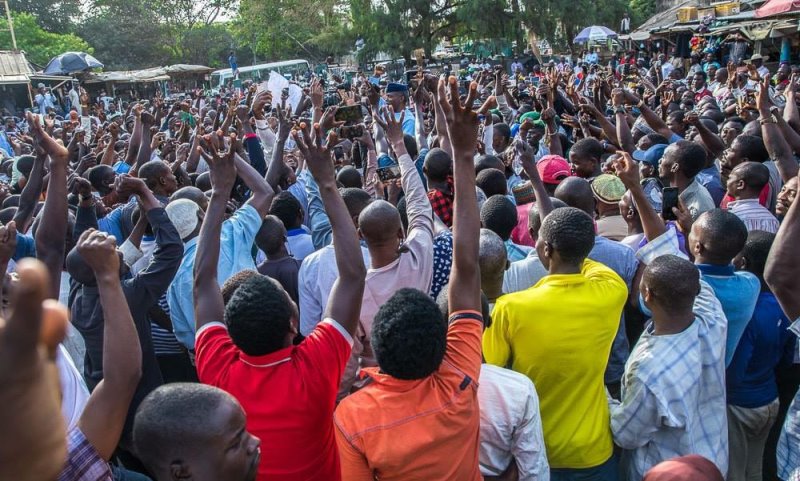 Vice President Yemi Osinbajo thrilled some residents of Abuja to ‘Next Level’, a song composed from the All Progressives Congress (APC) campaign slogan for the 2019 general elections.

The vice president addressed a crowd of enthusiastic residents, then paid a visit to the family of Abdulwaheed Yusuf in Garki Area 1, before visiting the family of Col. Ahmed Zubair (rtd) in Wuse Zone 7.

Addressing cheering residents of Wuse Zone 7, Osinbajo bellowed “APC!”, and the crowd responded “Next Level!” as many times as the vice president mentioned Next level.

The vice president, who spoke partly in Pidgin English, told the residents that the message he had for them from President Muhammadu Buhari was: “No shaking, na Next level we dey go; we don finish with the kind leaders wey dey chop money”.

He said people that looted Nigeria’s money would not be allowed to come back.

“Dey no go come back again; Baba Buhari na mai Gaskiya; he will not steal your money; he will use the money for the benefit of the people.

“From now on, we are making sure that people have money to do their trading and young people have jobs; the only way to do is only if we do not allow these people who want to steal to come back.

Earlier in Garki Area 1, Osinbajo told the residents that Buhari would not allow any form of looting as he would deploy Nigeria’s resources to improve the lives of the people.

According to him, the Buhari-led administration will use Nigeria’s money to help Nigerians.

“Traders will have more money for their trading; people who are working will have more; young people will have jobs; our women will go to market to sell; enough things to sell so that every Nigerian will prosper.

“Mr President has said that he will not allow a situation where people steal our money; that is why we are not going back to the past.

“Our money must be used for Nigerians; for all of you who are here.

“That is why we are doing MarketMoni, TraderMoni; every trader will have something to do; every young person will have a job.

“By God’s grace, everybody will prosper during Buhari’s next four years as president,” he said.

The crowd, comprising mostly women and youths, sang and walked with the vice president for about 200 metres in Area 1 before he departed for Wuse Zone 7boarded his motorcade and drove off.