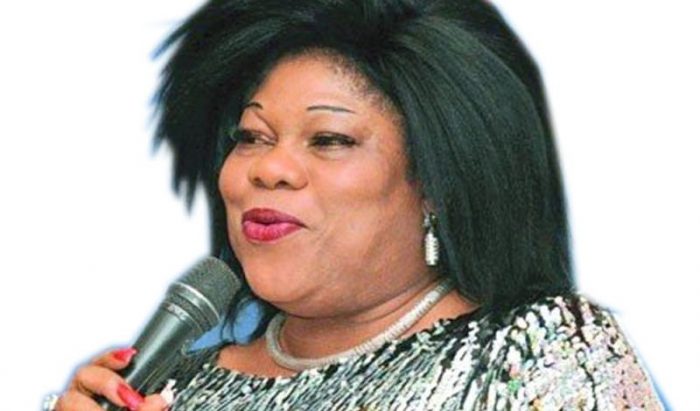 A Federal High Court in Abuja on Monday ordered the temporary forfeiture of 46 properties allegedly belonging to Dr. Ngozi Olojeme, the Deputy Chairman, Finance Committee of the Goodluck Jonathan Campaign Organisation in the 2015 election.

The court order showed that the properties were located in several locations in Abuja, Delta, Enugu and Bayelsa States.

The properties comprise 27 buildings, including a bank, office buildings and houses, at various stages of development and several pieces of undeveloped land.

Others include: Properties located at 196, Melford Okilo Road, Amarata-Epie, Yenegoa, Bayelsa State (six units of one bedroom apartments, one unit of five bedroom bungalows, a block of six units of office space); a mansion at 24 Kainji Crescent, Maitama, Abuja and a bank building (former Intercontinental Bank) located at Plot No. 933 Cadastral Zone B01, Gudu District, Abuja

Punch reports that Olejeme, who was the Chairman of Nigeria Social Insurance Trust Fund, is wanted in a case of criminal conspiracy, abuse of oﬃce, diversion of public funds and money laundering.

The former chairman is alleged to have, along with Mr Umar Munir Abubakar, the former Managing Director of NSITF, mismanaged and diverted well over N69 billion in government funds into their personal accounts through the award of suspicious and bogus contracts to proxy companies.

The suspect, who served as the Chairman of the Nigeria Social Insurance Trust Fund from 2009 to 2015, was in June declared wanted for allegedly diverting N69 billion from the agency but turned herself in last Monday.

Olojeme is also the widow to Felix Obuah, the late Chief Security Officer to Jonathan, was said to have fled the country shortly after her sack by President Muhammadu Buhari in 2015.

The suspect, who was also the convener of the Subsidy Reinvestment and Empowerment Programme sub-committee on Public Works and Road Rehabilitation, finally reported at the EFCC on Monday after which she was detained.

The NSITF, which was headed by Olojeme, is a social insurance scheme designed to provide compensation to employees who suffer from occupational accidents or diseases in the line of duty. The organisation is funded by deducting 1 per cent from all government and private sector employees enrolled in the scheme.

However, according to documents made available to The PUNCH, Olojeme and some directors in the company allegedly diverted billions of naira including funds meant for the payment of allowances of its staff as well as compensation of contributors

Trouble started for Olojeme shortly after her sack by President Muhammadu Buhari in 2015.

The EFCC subsequently received a petition alleging that over N50bn from the Employee Compensation Scheme fund paid by Ministries Department and Agencies and private companies as well as another N18bn being the contribution of the Federal Government as take-off grants to the NSITF were mismanaged and diverted into the personal accounts of Olojeme and Umar Abubakar, the Managing Director of the NSITF.

The EFCC immediately set up a team of detectives to look into the allegation. The commission looked into the bank account of the NSITF and discovered suspicious transactions and diversion of funds.

Some funds were said to have been traced to accounts of some consultants and contractors who were mainly fronts of Olojeme and other directors in the NSITF.