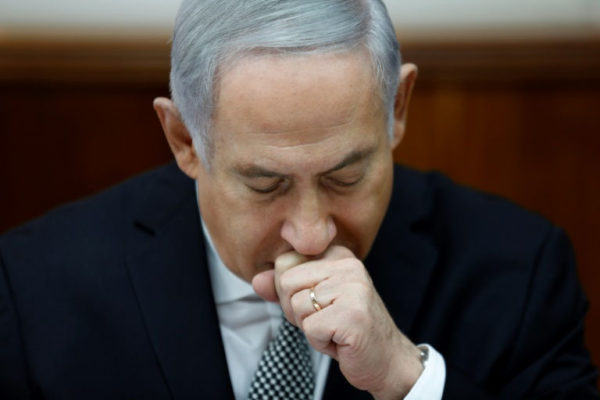 Israel’s government has opted for early elections in April, instead of November 2019, with Prime Minister Benjamin Netanyahu struggling to keep together a one-seat majority in parliament.

He also faces potential corruption charges in the months ahead.

Heads of parties in Netanyahu’s coalition agreed on the timeframe “in the name of budgetary and national responsibility,” a statement issued on their behalf said.

Elections were not due until November, but there had long been speculation that the coalition would not last that long, especially in recent weeks.

The decision comes with the coalition, seen as the most right-wing in Israel’s history, struggling to agree on a key bill related to ultra-Orthodox Jews serving in the military like their secular counterparts.

His resignation removed his Yisrael Beitenu party’s five seats from the coalition.

At the time, Netanyahu worked to rescue the coalition and managed to keep it on track for several more weeks as he faced criticism over the Gaza truce.

He argued that elections then would be irresponsible due to the sensitive security situation facing the country — an apparent reference to an upcoming military operation to destroy Hezbollah tunnels from Lebanon that was announced earlier this month.

Netanyahu is also under mounting pressure over a series of corruption investigations into his affairs.

Police have recommended his indictment in three different probes and the attorney general is considering how to proceed.

Netanyahu is however not required to step down if indicted — only if he is convicted with all appeals exhausted — and polls have indicated his Likud party would remain the largest in parliament after new elections.

Some analysts believe he would be better positioned to face potential charges with a fresh electoral mandate.

He could next year surpass the record set by Israel’s founding father David Ben-Gurion, who spent more than 13 years in office.

The upcoming election campaign is sure to be tumultuous, with Netanyahu’s opponents likely seeking to erode his reputation as Israel’s “Mr. Security.”

The premier’s electoral appeal has rested in large part on his security credentials.

But Israel’s centre-left opposition has been in disarray and may find it difficult to mount a serious challenge to Netanyahu and his right-wing partners.