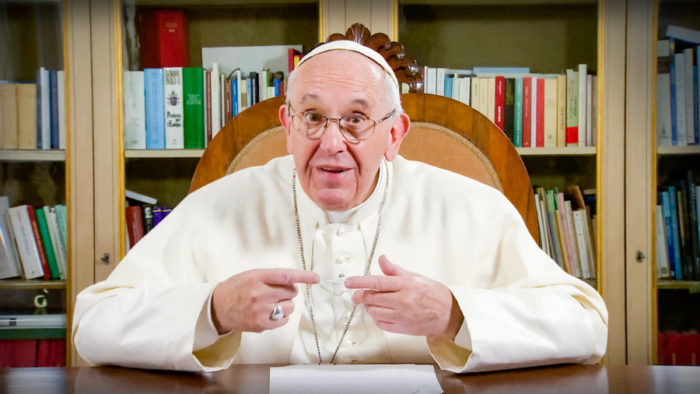 The Pope has used his annual Christmas message to appeal for peace in conflict zones including Yemen and Syria.

The two countries have both been ravaged by civil war for years, pushing their people into humanitarian crises.

“My wish for a happy Christmas is a wish for fraternity. Fraternity among individuals of every nation and culture,” Pope Francis said on Tuesday.

The Pontiff was giving his yearly “Urbi et Orbi” (To the City and to the World) address in the Vatican.

“My thoughts turn to Yemen, in the hope that the truce brokered by the international community may finally bring relief to all those children and people exhausted by war and famine,” he said from the balcony of St Peter’s Basilica, addressing the square below.

He also said he hoped the international community would “work decisively for a political solution” in Syria – a country that is approaching its eighth year of civil war.

“So that the Syrian people, especially all those who were forced to leave their own lands and seek refuge elsewhere, can return to live in peace in their own country,” he added.

According to BBC, the United Nations says more than 6 million civilians have been displaced there since the war there began.

His address also alluded to worldwide tensions over migration, saying that God wanted “love, acceptance, respect” throughout all humanity.

“Our differences, then, are not a detriment or a danger – they are a source of richness,” he said.

Pope Francis revealed his hope for renewed talks between the Israelis and Palestinians to “undertake a journey of peace that can put an end to a conflict that for over 70 years has lacerated the land chosen by the Lord to show his face of love”.