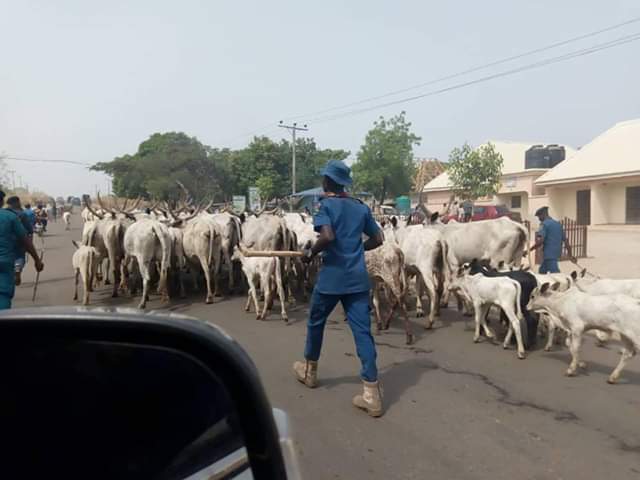 Confirming the development, Commander of the Livestock Guards, Mr Linus Zaki, disclosed that one herder named Kunje Saija was also arrested in the course of the operation.

He explained that in accordance with the Benue State Open Grazing Prohibition and Ranches Establishment Law, the impounded cows will be quarantined for seven days.

He added that the animals would be auctioned, if the owners failed to pay the fines stipulated by the law.

He cautioned herdsmen against the consequences of flouting the law, stressing the need for ranching of all forms of livestock in the state.

The governor had also emphasised that anyone who violated the law would be prosecuted.