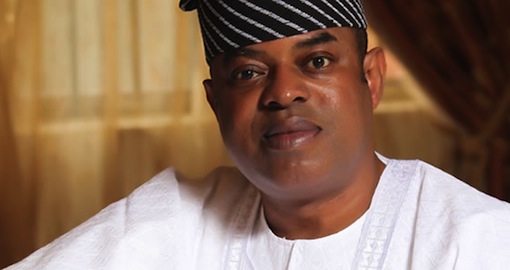 A chieftain of the ruling All Progressive Congress (APC), Senator Gbenga Ashafa has urged Nigerians to vote for President Muhammadu Buhari in next year’s elections.

He said the president deserved a second term to enable him consolidate on his achievements in the last three and half years.

Ashafa, who represents Lagos East District in the Upper Chamber, told reporters in Lagos that Nigerians should show appreciation to the president by giving him a second term in office.

He was upbeat about the APC national leader, Asiwaju Bola Ahmed Tinubu’s support for the President’s second term bid and declared that the country “will not go back to the pre-2015 Nigeria, which was characterised by disillusionment and lack of hope.

“It is gratifying that the president has the unflinching support of our leader, Asiwaju Bola Tinubu,”

He said: “Buhari’s achievements cannot be disputed. He has lived up to expectation. Look at the cardinal programmes he is implementing, and look at the income of Nigeria, in terms of our oil proceeds. The price of oil has dropped. Yet, the government is not relenting in fulfilling its promises.

“Let us look at the rail sub-sector. Buhari came in, he saw the need for an investment-friendly environment and legal framework. He knew that, without that, nobody will come and do business in Nigeria. That law can only come through a bill in the National Assembly. It was sponsored and it came to the committee headed by my humble self.

“Everything, including lobbying my colleagues, was done to ensure that it passed through the due process. He organised public hearings, called for experts and stakeholders’ meetings. The bill, to call a long story short, has seen the light of the day. Ditto the Regulatory Act of Transportation, and the National Transportation Commission Bill.

“President Buhari saw the need to renew the infrastructure battle. He renewed the railway paths. Look at the inter-city rail system connecting Abuja to other parts of the country. It may take time before you get to your destination. But, you will get there safely. You are kept busy and safe, enjoying your ride through entertainment. For those carrying cargoes, rail system is very efficient. President Buhari saw the future and decided to swing into action.”

He added: “Look at how the Chinese are now eager to do business with Nigeria. The counterpart founding have been provided and they are ready to supply the rest of the money and training our people in the art of maintaining what is put on ground. This is to boost maintenance culture. Young graduates, through the collaboration by the Nigerian and Chinese governments, were given scholarship to learn the rudiments of rail transportation in a manner that, when they come back, these young Nigerians who would have acquired the expertise can take over from the Chinese.

“Buhari has done well. He has performed than his predecessors. He inherited many problems. He has been building roads and reconstructing those bad ones previously constructed. He has been generating employment through these activities; seven thousand employments have been generated between Lagos and Ibadan through the construction of the highways. Also, from Lagos to Abeokuta.”