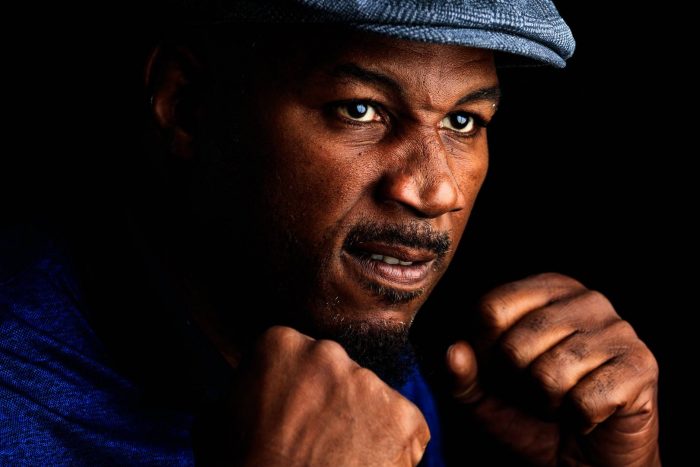 Lennox Lewis thinks Anthony Joshua made a royal blunder in letting lineal heavyweight champion Tyson Fury take the challenge of facing unbeaten WBC champion Deontay Wilder instead of stepping up and facing him this year.

Fury made Joshua look like he lacked courage by taking the fight that he wouldn’t take in facing Wilder. Fury said he didn’t like the way Joshua made the UK look bad by not agreeing to fight Wilder, and he wasn’t going to let that happen on his watch.

Lewis says that Joshua is being told what to do by his management, and he’s failing to get the big fights against the top guys. Joshua (22-0, 21 KOs) could have gotten Wilder to agree to a $15 million flat fee if he’d agreed to fight him last September, but instead of AJ doing that, he let his promoter Eddie Hearn have him take a smaller fight against Alexander Povetkin on September 22.

That move turned out to be an absolute disaster, as now Wilder is wants a 50-50 purse split for the Joshua fight, and he’s no longer willing to agree to the flat fee offers. It’s going to cost Joshua a lot more money to get Wilder to agree to the fight against him, and his percentage is clearly going to drop badly.

“If I was in his position, I would have fought one of those guys, but his managers are really leading his way, and they’re deciding who they want him to fight, but they’re missing out on the big fights,” Lennox Lewis said to SI Now/Sports Illustrated about Joshua’s promoters at Matchroom Boxing swerving fights against Deontay Wilder and Tyson Fury in order to take the more winnable ones against the likes of 39-year-old Alexander Povetkin, 41-year-old Wladimir Klitschko, Joseph Parker, Dillian Whyte and Carlos Takam.

“He [Joshua] got offered $50 million the other day, and he never took it. Tyson Fury really answered the call for that fight [against Deontay Wilder]. To me, I think that was a mistake to allow Tyson Fury to get that shot,” Lewis said.

Some boxing fans wanted to see Lewis fight Big George Foreman, but that would have been a mismatch. Foreman was old, fat and slow when he came out of retirement for the second part of his career when he was in his 40s. Joshua’s own career pales in comparison to Lewis’. He’s failed to step it up to fight Wilder, Fury, Luis ‘King Kong’ Ortiz, and he didn’t even fight David Haye before he got old and retired. Hearn made excuses for why Joshua didn’t need to fight Haye.

“They all do,” Lennox said when asked who has the best shot to emerge as the #1 heavyweight in the division between Wilder, Fury and Joshua. “I’m not going to pick directly anyone. I would say Tyson Fury is leading the way right now, because he’s the biggest out of the bunch. He’s the linear champion, and he performs when it’s time to perform, so I like his boxing right now,” Lewis said.

This is an area where many fans would respectfully disagree with Joshua about his views on Fury being the best heavyweight right now. Fury didn’t look like the best heavyweight on the planet when he was knocked flat by Wilder in the 12th round in their fight on December 1. If not for the referee Jack Reiss deciding to give a count to the unconscious Fury instead of waiving the fight off, Wilder would have been the winner of that fight by a 12th round knockout. That was peculiar move by Reiss to give a count where guys has both eyes closed on the canvas while he’s being given a count. It would be sad if the referee treated Fury differently than he does other fighters. A referee needs to be consistent with how they deal with hurt fighters so that the boxing fans know that a particular guy isn’t being given special treatment due to his popularity. Fury is a good fighter, but he’s clearly second best in the heavyweight division behind Wilder. Without Fury fighting Joshua and Luis Ortiz, you can’t say that he’s even the #2 heavyweight in the division.

It sounds like a pipe dream on Lewis’ part in talking about there being a president in charge of all boxing that orders the top fighters in the heavyweight division to face each other. It’s not going to happen, because boxing doesn’t have a governing body controlling it like other sports like the NBA, NFL and NHL. It would obviously help the sport if there was an overall controlling group that made sure that the best fighters fought each other instead of having champions milk their titles against weak opposition while dodging the best like some boxing fans feel Joshua has been doing his entire career.

Having an overall organization controlling boxing would hurt the careers of a lot of fighters, who depend on being able to fight beatable guys. If fighters are expected to face the best, it’ll weed out a lot of fakers, and it would help boxing fans filter through the hyped fighters to see the ones that are actually good. It’s too bad something like that can’t happen. If there was a controlling body, the flawed fighters and their wily promoters would likely jump overboard like rats from a sinking ship.

They wouldn’t want to be forced to face the best. The way things are setup now, clever promoters can guide their fighters carefully, steering around the best, and finding the vulnerable guys and then making sure the fights take place in venues where the judging will be helpful to them. Joshua is criticized for never having fought outside of the UK before. Joshua’s recent fights against Joseph Parker in the UK raised a lot of eyebrows from boxing fans outside of the country when they saw the referees making odd decisions that seemed to favor AJ.

“It’s controversial if you don’t agree with it,” Lewis said when asked his opinion about the ‘controversial’ 12 round split draw for the Wilder vs. Fury fight on December 1.

There was a lot of bellyaching by Fury fans after his 12 round draw against Wilder this month. The fans felt that Fury should have been given a decision win in that fight. What’s amusing is those same fans had little to say about how the referee didn’t stop the fight when he was knocked flat in the 12th round by Wilder. It somehow okay for Fury to be given a count while he appeared to be knocked out for several seconds. It would be interesting to know how those same fans felt about Joshua’s fight against Carlos Takam being stopped in lightning fashion by referee Phil Edwards.

Takam wasn’t even knocked down, and yet the fight was still halted by Edwards. Those was no complaints from fans about that fight being stopped quickly, and Takam wasn’t even close to being as hurt as Fury was in the 12th round. It was apples and oranges. Fury looked like he was in grave condition after being dropped by Wilder. In contrast, Takam looked perfectly fine, and was still conscious and fighting back on his feet. It’s interesting how two different referees dealt with different situations. Fury was given a count and allowed to keep righting, whereas Takam was stopped on his feet.