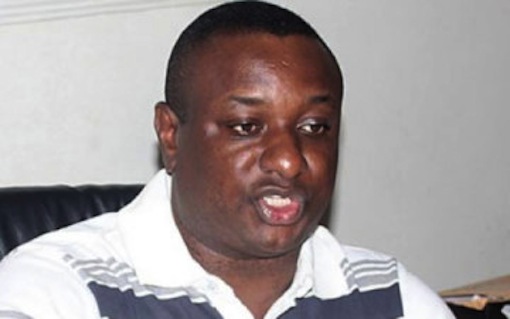 All Progressives Congress (APC) Presidential Campaign Council has called on Alhaji Atiku Abubakar to apologise to Nigerians for spreading `fake news’ against the family of President Muhammadu Buhari on alleged acquisition of shares in Etisalat and Keystone Bank.

The Director, Strategic Communications, APC Presidential Campaign Council, Mr Festus Keyamo, made the call in a statement in Abuja on Wednesday.

According to him, the widely published refutal by investors in Etisalat and Keystone Bank that the family members of President Buhari have nothing to do with both companies is another indication of the fast-collapsing campaign of the Presidential Candidate of the PDP, Alhaji Atiku Abubakar, and that of the PDP.

“We call on Alhaji Atiku Abubakar and the PDP to apologize to Nigerians and especially the family of the President for adopting this unwholesome tactics and telling tales by moonlight that have clearly backfired.

“The public space is now full of jokes about President Buhari buying the whole of Dubai, Abu Dhabi, the National Stadium and even the Presidential Villa.

“Instead of making a mockery of a serious campaign with such infantile lies, Atiku Abubakar should admit it is all over for him and the PDP, throw in the towel and endorse the candidacy of President Buhari.

“We would be sad to see that happen because democracy desires a healthy contest, a serious challenger and a competent opposition.

“But as it is, with nothing more to campaign about, it is the only way for him and his party to save face and still retain some modicum of honour before the Nigerian people for future engagements – that is if they survive this massive rejection by the Nigerian people as a result of their bare-faced lies,” he said.

Keyamu, who is the official spokesperson of the APC Campaign Council, further stated that the result of the fact-check, which was published in some news outlet had clearly indicated “the depth of desperation, deceit and debauchery to which the Atiku campaign has sunk”.

He added: “They have no moral compass, no scruples, no direction in their present attempt to smear just everyone in sight in order to run a campaign of ‘we-are-all-corrupt.’

“Rather than respect the feelings of Nigerians by offering clear-cut responses to straight-forward allegations of tax-evasion, grand corruption in and out of office, impending sealed indictment waiting for him in the US, Atiku Abubakar has decided to drag the world down with him as he goes down in a blaze of infamy.

“He has decided to go wild with unsubstantiated allegations against the President and Vice President, throwing caution to the wind in the process.

“We alerted the public about this impending avalanche of fake news a few days ago.

“This is the classic hallmark of a sinking campaign boat, clutching at straws, as Nigerians have woken up to the realisation that these are deceitful people who have nothing to offer.”

“Till today, he has not apologized to Nigerians for taking them for a ride. It is a real shame,” he maintained.