Moghalu: “How i will fight corruption, fix power sector” 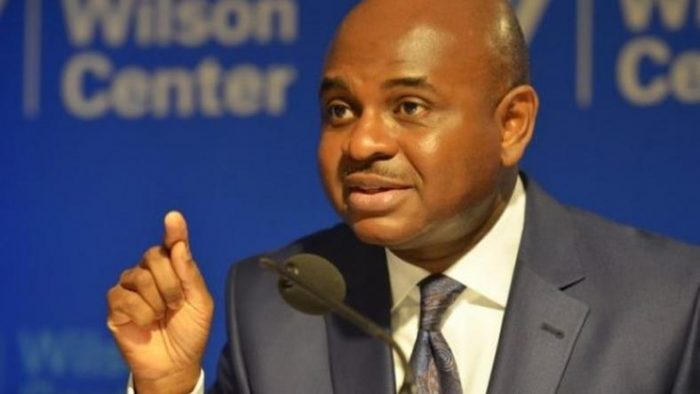 The Presidential Candidate of the Young Progressives Party (YPP), Prof. Kingsley Moghalu has said that he would fix the problems facing the power sector and address corruption within four years if elected president.

Moghalu disclosed this while fielding questions at a townhall tagged “The Candidates” aired on the Nigeria Television Authority (NTA), which features Presidential Candidates and their running mates.

On the issue of corruption, Moghalu said that he would focus more on preventing corruption and making the government transparent rather that spending so much resources on recovering loots.

He stressed that he would however allow the law to prosecute all those who have cases of corruption to answer no matter their political affiliations.

The Presidential candidate added that the nation must work on improving its value system so that it would be part of the values of Nigerians not to engage in corrupt activities.

“The first step that my government will take towards fighting corruption is to tackle the root; the value system is broken and that is what is feeding corruption.

“It doesn’t matter what you do at the surface, if you do not address the root and come up with a value system that all of us agree on, that is only how it would work.

“We are also going to include the study of ethics in our schools to teach children right and wrong.

“The next thing that we will do is to bring transparency into governance, we will make sure that contract awards and budget processes are far more transparent.

“Budgets will be subjected to forensic audit before it is taken to the national assembly, we will impartially ensure accountability against corruption, we will fight corruption even within my government.

“If any crimes have been committed the law must take its course but my approach is to create a new environment to reduce corruption and not an approach that looks to the past and have the semblance of witch-hunting.

Moghalu said that apart from decentralisation, particular emphasis would be paid to providing power to industralised states like Abia, Lagos, Port Harcourt.

The Former Deputy Governor of the Central Bank of Nigeria (CBN) believes that with power to industrial areas, cost of good locally manufactured would drop.

“We will look more into renewable energy rather than fossil. 50 per cent of our power should be renewable. This should be achieved within four years.

“It is not a question of making promises, I have a plan to build, innovate and grow Nigeria,” he said.