How I killed my wife, sons - suspect 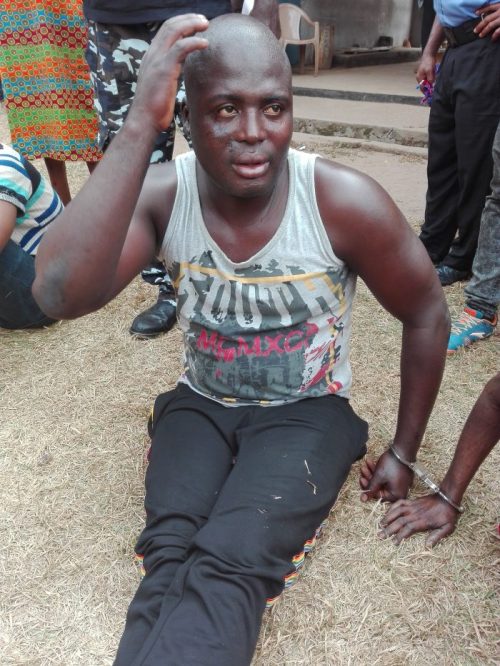 A 35-year old man, Uwaila Idehen, who allegedly shot and killed his wife and two sons on Sunday, siad he did not know what came over him that made him kill them.

Idehen was among the 110 suspects paraded by the Edo state police command, for various crimes, including armed robbery, cultism, murder and child theft.

The suspect who confessed to killing the victims, said he does not know what came over him when he came over him.

He alleged that he bought the English-made double barrel gun at N200,000, from a police officer, got a licence for it and sometime used it for hunting.

“I am a tipper driver. We are two children in my family, my elder sister and I. I am 35 years old. My wife had three children for me, a girl and two boys. The girl is six years, and the boys were three and two years old respectively.

“I don’t know what came over me, and I was not drunk. Due to the nature of my job, my wife always accused me of having affairs with other women, but it is not true.

“At times, when she sees me with my female customers, she will start an argument with me, but I always assure her that there was nothing like that, and that my concern was how to take care of the three kids we had together.

“I always walk away whenever​ she provoke me, but that Sunday, I don’t know what came over me. Instead of just leaving the house, I picked up my gun and shot through the door and the bullet pierced through the plywood door and hit my wife and the two boys. The girl narrowly escaped,” Idehen said.

The state Police Commissioner, Mr. Hakeem Odumosu, said the suspect would be charged to court for murder and perhaps unlawful possession of firearm.