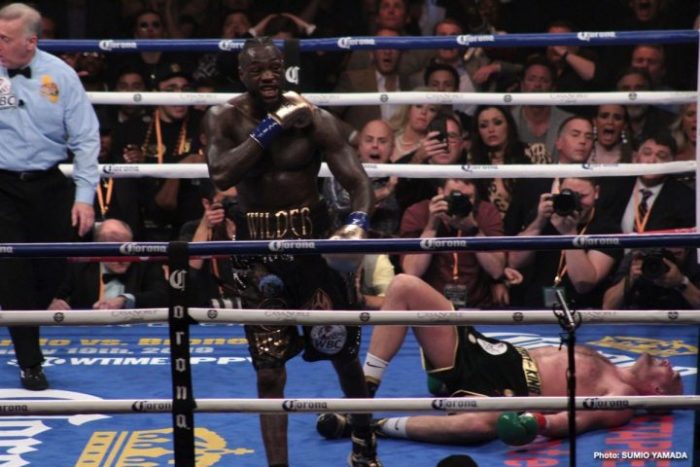 WBC heavyweight champion Deontay Wilder and Britain’s Tyson Fury must agree to terms on a rematch by Feb. 5 or else it will be put to a purse bid with a 60-40 split in Wilder’s favour.

The sanctioning body made this known on Wednesday.

If the situation goes to a purse bid, any promoter can bid to host the fight, with Wilder getting 60 per cent of the winning bid and Fury getting 40 percent as opposed to the usual 70-30 split.

Wilder retained his title after a split decision draw with Fury last month and the WBC quickly sanctioned a direct rematch.

The development means that mandatory challenger Dominic Breazeale and fellow suitor Dillian Whyte will likely be forced to wait at least a fight longer before competing for the belt.

“The WBC is hereby notifying both camps that the free negotiation period is opened and if there is no agreement between the parties.

““A purse bid will be conducted by the WBC on Tuesday February 5th,” the WBC said in a statement.

“The WBC has modified the 70-30 split and has confirmed a 60-40 split in favour of the champion Wilder considering the market value of Fury.”

When the two fighters battled to a disputed decision last month in Los Angeles, Wilder scored two knockdowns but Fury beat the 10-count both times and after the bout both endorsed the idea of a rematch.