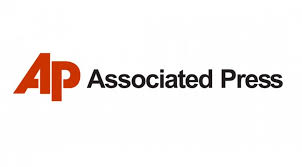 A freelance photographer who works for the Associated Press was killed in clashes between rival militias in the Libyan capital Tripoli, a government official and family said.

Mohamed Ben Khalifa died of a random shell in the Libyan capital while covering the clashes.

The News Agency of Nigeria reports that fighting broke out this week, breaching a shaky ceasefire brokered by the UN in September.

The Ministry of Health had said the death toll of the violent clashes in South of the Libyan capital Tripoli, between government-allied forces and an armed group, had risen to 13 on Friday

“The clashes south of the capital Tripoli have killed 13 and 52 were wounded, including women and children, according to the statistics of the Health Ministry’s Central Operating Chamber,” the ministry said in a brief statement.

Southern Tripoli has been witnessing violent clashes between government forces and an armed group called the Seventh Brigade since Wednesday morning.

Residents said heavy gunfire and explosions could be heard in the area, as many civilians already fled the conflict area.