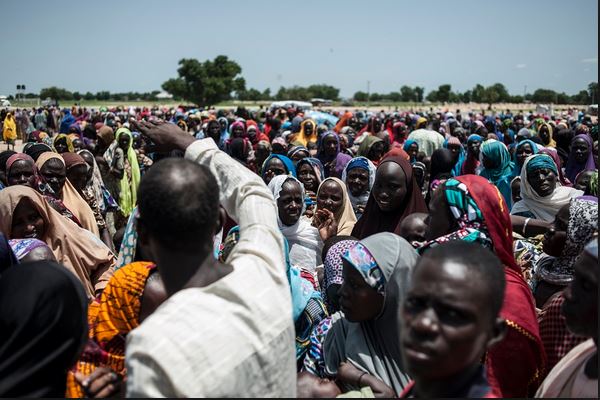 The UN High Commission for Refugees (UNHCR) has appealed to Cameroonian authorities not to evict over 100,000 of Nigerian refugees in that country.

UNHCR on Friday expressed grave concerns over plans by Cameroon to evict the Nigerian refugees to Borno.

UNHCR said it deplored the reported move that Cameroon was forcing several thousand Nigerians to return to Borno, adding, it has put the lives of the refugees “at risk”.

Cameroon is currently home to more than 370,000 refugees, including some 100,000 from Nigeria, according to UNHCR.

“We are gravely concerned for the safety and well-being of all these people”, said the UN High Commissioner for Refugees Filippo Grandi.

The UN refugee agency said on January 16, 267 Nigerian refugees, who had crossed into Cameroon in 2014, were forcibly returned.

It regretted that at dusk on January 14, militants attacked and ransacked the border town of Rann, about 10 kilometers from the Cameroon border.

UNHCR said that at least 14 people were reportedly killed and an estimated 9,000 fled to Cameroon.

Grandi said: “This action was totally unexpected and puts lives of thousands of refugees at risk.

“I am appealing to Cameroon to continue its open door and hospitable policy and practices and halt immediately any more returns and to ensure full compliance with its refugee protection obligations under its own national legislation, as well as international law”.

North-eastern Nigeria has been particularly hard-hit by the insurgency being waged in the region since 2009, the UN said.

Kallon said the attackers looted or destroyed a medical clinic, humanitarian supply warehouses and aid workers’ accommodations, and burned down the nearby market and camp shelters.