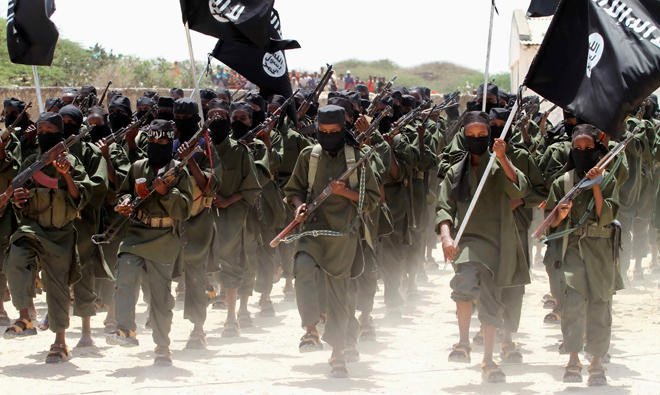 The US military said it launched an airstrike on al-Shabaab militants on Saturday in response to their attack on a Somali military base.

The U.S. Africa Command said 52 al-Shabaab fighters were killed in the strike and no civilians were harmed.

The militants launched an attack on Bar-Sanguni base early Saturday, according to the Somali military.

Regional security minister Abdirashid Hassan Abdinur had put the number of al-Shabaab killed in the successful fight to retake the base at 73.

Dozens of al-Shabaab militants were reported have been killed on Saturday as they launched an attack on a military base in Somalia, a government official said.

The militants began by detonating an explosives-packed vehicle at an entrance to the Bar-Sanguni base, said General Ali Mohamed Mohamud, a senior Somali army commander.

An intense exchange of gunfire followed but Somali soldiers were able to regain full control of the base located in Lower Juba province, he said.

There were contradicting tallies as to the number of people killed.

The general said seven Somali soldiers died, while al-Shabaab put the number at 15.

Al-Shabaab’s radio station did not say how many of its fighters died.