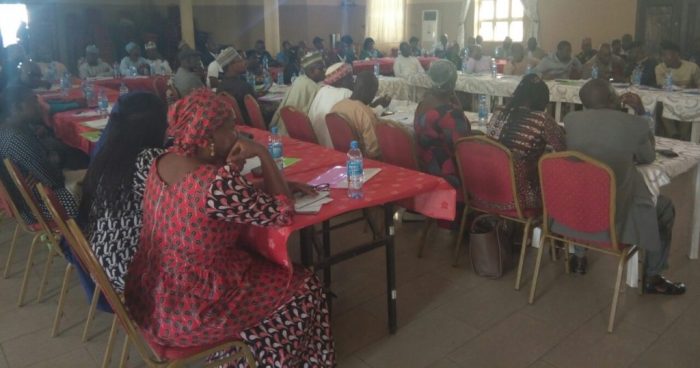 Ahead of the forthcoming general elections, the Independent National Electoral Commission (INEC) has urged the media in the country to help in educating the public on voting procedures.

Mallam Halilu Pai, the Resident Electoral Commissioner (REC) in Plateau, made the call during a sensitisation forum it organised for media practitioners in Jos on Wednesday.

The participants were drawn from different organisations in the North East and North Central geo-political zones of the country.

Pai said a robust sensitisation of the public by the media would go a long way in helping the commission to organise successful polls in February and March.

The REC urged the media to sensitise the public on voting procedures and the need for them to conduct themselves peacefully before, during and after the polls.

“Though as a commission, we have engaged in robust voter education and public enlightenment, our effort alone is not enough; we need the support of the media to conduct credible elections.

“So, I call on the media to continue to create more enlightenment and educate the voters on voting procedures, mobilisation and the need for them to be peaceful during elections,” he said.

Pai also urged the media to educate those who had not yet collected their Permanent Voter Cards (PVCs), to do so, as only those with PVCs would be allowed to vote at the elections.

He gave the assurance that the commission was readiness to conduct free, fair and credible elections in the state.

The REC however added that the polls would be successfully conducted with the support of key stakeholders such as the media.

He further explained that the rationale for the sensisation forum was aimed at putting media practioners in the know of its level of preparations ahead of the polls.