We laud President Buhari for disability bill, but... - Albino Foundation 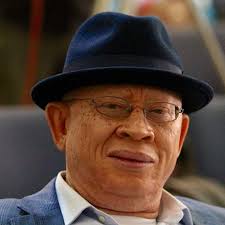 The Albino Foundation on Friday described President Muhammadu Buhari’s assent to the Disability Bill as a welcome development.

Mr Jake Epelle, Founder and Chief Executive Officer of the foundation, said this in an interview with the News Agency of Nigeria (NAN) in Abuja.

While commending the president for taking the bold step to sign the bill into law, Epelle however emphasised that disability community ought to have been incorporated in the process of signing it.

According to him, the government has taken the bold step by signing the disability law, it should take the second step by setting up small committee, comprising of the government and persons with disability, to look at the bill and hit the ground running on implementation strategy.

“The entire disability community is happy for the fact that the bill has been passed and we are also sad because the President did not deem it fit to invite the community to be part of that story.

“There is a saying that the time is always right to do what is right. The President should please have a rethink and invite the community and handover what he has signed to the leadership,” Epelle said.

He identified the aspect of the Act that would be beneficial to the foundation to include the discrimination and setting up of the commission.

The Act encapsulates prohibition of all forms of discrimination against persons with disability and anybody that violate the law would pay a fine of N100,000 or a term of six months imprisonment.

The law imposes a fine of N1 million on corporate bodies.

It also prohibits discrimination against such persons in public transportation facilities, including seaports, railway and airports.

Service providers are expected, by the law, to make provision for the physically, visually, hearing impaired and all persons challenged.

A person with disability has the rights and privileges to education, health care, priority in accommodation and emergencies, and if such rights are violated, the victim can file a lawsuit, claiming damages against any defaulter.