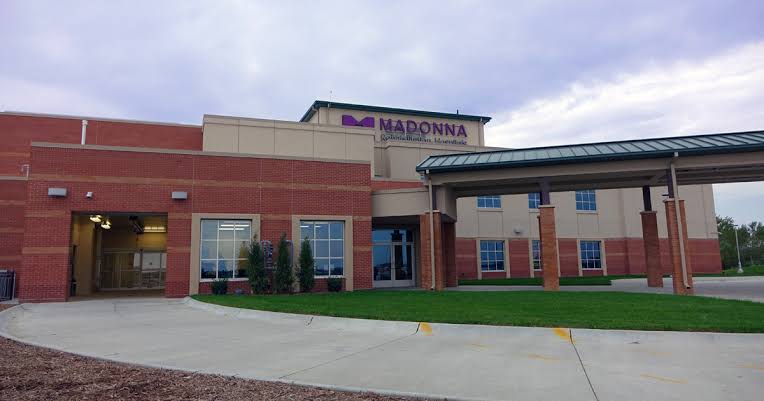 The president of the association, Mr Shola Agboola, said the gesture was part of the group’s contribution toward improving the wellbeing of their compatriots at home.

Agboola said that it was their own way of giving back to the society because of their conviction that government alone could not meet the yearnings and needs of the citizenry alone.

He said: “This is a practical demonstration of the patriotic and humanitarian spirit, which prevails in Canada and made it one of the greatest nations of the world.

“We have learnt that government alone cannot meet the needs of the citizenry and in emulating the Canadian spirit of giving back to society, we resolved in 2016 to embark on this project.”

He said that the organisation had made similar donations, including quality educational materials, computer sets and clothing, to other states of the federation.

Agboola credited the good gesture wholly to the benevolence of the Canadian government, via IHC, an NGO of Canadian professionals, comprising nurses.

He said that the entire equipment was procured by IHC and handed over to NAYA for shipment to Nigeria.

According to him, the group only raised funds through personal donations to ship the items in a 40-feet size container to Nigeria.

The Project Coordinator of the group, Dr. Uche Nwankwo, said that the organisation was poised to partner with well-meaning individuals and groups in Nigeria toward actualising its objective of supporting the Nigerian government in making life more meaningful for the citizenry.

Chief Sunny Nwosu, the Patron of the association and facilitator of the donation, described NAYA members as “ambassadors without borders.”

Nwosu said that it cost over N5 million to ship the equipment to Nigeria and thanked the members of the association for their personal and collective sacrifices.

In her speech, the Executive Chairman of the Nigerians in Diaspora Commission, Abike Dabiri-Erewa, thanked the group for the gesture, describing it as a demonstration of “uncommon patriotism” to Abia and their fatherland.

She also thanked the group for donating medical equipment worth N1.5 billion to a public hospital in Osun.

“May I encourage you not to rest on your oars but continue with these achievements for the benefit of our dear nation,” she said.

Dabiri-Erewa, who was represented by the Secretary of the commission, Dr. Sule Bassi, urged the association to make the donation an annual event and rotational among the nation’s six geo-political zones.

She promised that the commission would partner with the association in identifying the hospitals where the donations would make more enduring impact.

She admonished Madonna Hospital to make judicious use of the equipment for the full benefit of its patients and in furtherance of its humanitarian services to the people.

The Abia Commissioner for Health, Dr. John Ahukanna, also thanked the association for its intervention toward strengthening the healthcare delivery system in the state.

Ahukanna, who represented Gov. Okezie Ikpeazu, expressed delight with the contributions of Nigerians in Diaspora to nation building.

He said that Abia was already benefiting from their kind gestures in different dimensions, including similar donations and medical services.

He promised that the state government would henceforth ensure that Madonna Hospital benefitted from its programmes, in terms of manpower and infrastructural support.

The Administrator of the hospital, Rev.-Fr. Christian Anokwuru, poured encomiums on the association for the donation, saying that the hospital owed its successes since its inception in 1992 to the kind support of public-spirited individuals, groups and Abia government.

“As a mission hospital, we are still struggling to deliver on our cherished mandate to offer adequate health care services to our indigent patients at reasonably subsidised rate or no cost at all,” Anokwuru said.

He said that the hospital’s desire to graduate to a major diagnostic and referral facility in and around Abia state, required additional support and collaboration from the public.

“Consequently, we still fall back to our friends at home and diaspora for intervention in other critical areas, if we must achieve our target.

“So like Oliver Twist, we passionately ask for more support to further strengthen the hospital in providing the utmost best in terms of service delivery of the 21st Century standard,” he said.

He therefore appealed for assistance to enable the hospital to procure other critical medical facilities, including Ultrasound Machine, 2D or 4D Echo-Cardiogram and X-ray Machine.