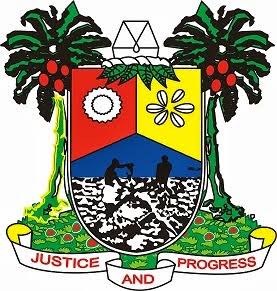 The Medical Guild has decried the appointment of a non-doctor as permanent secretary in the Lagos State Health Service Commission by the state government.

The guild’s Chairman, Dr Babajide Saheed, on Thursday in Lagos said that the state government had violated the state Health Reform Law.

Medical Guild is an association of doctors employed under the Lagos State Government.

According to him, the law signed in 2006 by a former governor of the state, Mr Bola Ahmed Tinubu, established the appointment of a permanent secretary to the commission.

“After our complaints through letters, advocacy and press conferences, Gov. Akinwunmi Ambode still appointed Mr Segun Adeniji as the Permanent Secretary of the commission in spite of the law.

“The government has violated the law again after a previous violation and not following the rules of law, which is one of the cardinal principles and policies of this government,“ he said.

Saheed made a copy of the law available which stated the criteria for the appointment of a permanent secretary of the commission.

“Part 2, Section 8 of the law reads, “There shall be a commission Secretariat which shall be headed by a Permanent Secretary who shall be a medical/healthcare professional in the public health sector.

“The Permanent Secretary shall have a minimum of 15 years post-qualification experience in medical practice and experienced in public administration.“

The guild chairman said: “Medical doctors are the only set of workers that have medical practice and fit into the criteria mentioned in the law.

“Government must be seen as one that follows, respect and abide by the laws of the state by appointing a medical doctor as permanent secretary of the commission and redeploy Mr Segun Adeniji to another ministry, agency or parastatal.“

He said that there were implications surrounding the appointment of a non-doctor as permanent secretary of the commission including lack of knowledge about medical practice.

Saheed said that such lack of knowledge of medical practice would affect quality healthcare delivery.

“The person lacks experience and knowledge about healthcare system and therefore will start to learn about the system, which is dangerous for the provision of qualitative healthcare delivery.

“You do not learn rudimentary things at the level of permanent secretary.

“Also, the person will not be able to produce a qualitative healthcare policy for the betterment of the society.

“Doctors are thought all aspects of medical care delivery in the university, including medicine, surgery, laboratory medicine, pharmacology, nursing and physiotherapy,“ Saheed said.