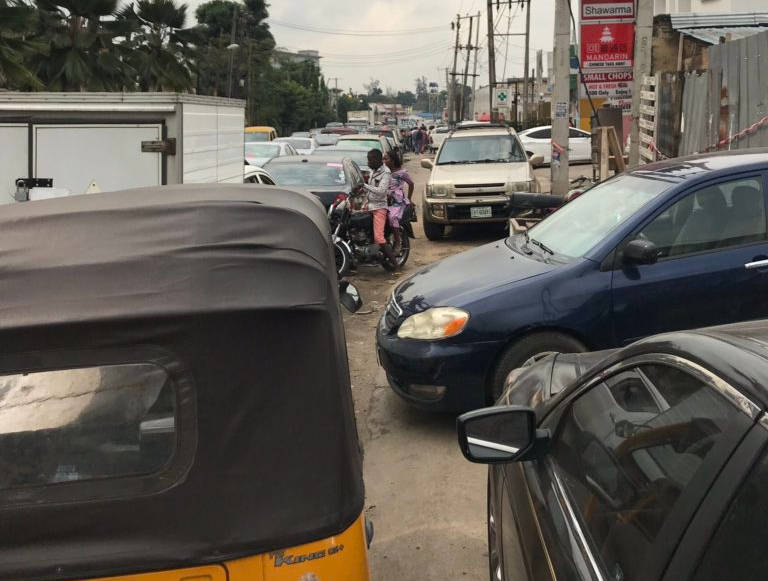 Some Nigerians have expressed diverse reactions as crowds gather to audition for the Big Brother Naija auditions across the country on Friday.

News Agency of Nigeria (NAN) reports that thousands of prospective housemates arrived the venues from as early as 2am to get auditioned in time, with some obstructing free flow of traffic.

The fourth season of the hit reality show was announced on Jan. 15 by organisers, Multichoice and auditions were billed for Friday and Saturday across selected states.

In Abuja, where the auditions took place at Wuse, the rowdy crowd was quite disorganized as people struggled to enter the venue.

Meanwhile, in Lagos, the audition crowd blocked a large portion of Allen, Adeniyi Jones, Ikeja preventing residents from going about their normal activities.

Reacting to the crowd, some Nigerians took to Twitter to express their amazement at the large turn out. They, however, expressed displeasure at the disruption of traffic and their usual activities.

@obidiananthony tweeted, “The crowd for bbnaija is crazy. Abuja multichoice office audition venue as at 7am on d first day of audition.”

@Susan_damsel said, “Abuja is no go area ooo, kudos to Asuu strike, more than 2000 people and I am sure its only 500 they want to audition, I give up.”

@Ebonyslim tweeted, “So these are the people that caused that massive traffic at Adeniyi Jones today n made my son to get to school by 8:40am.”

“There are thousands of people wanting to audition and the whole Adeniyi Jones and environs is on a lock down!Trying the get my son to school since 6.45am. Too unfair.”

@Survivor17 tweeted, “5.23am. Adeniyi Jones, Ikeja. Huge crowd, lots of parked cars and a loooooong queue filled with hundreds of youths all the way from Aromire street to Adeniyi Jones. Who knows what’s going on around there biko?”

@TosinOlugbenga said, “No jobs..ASUU is on strike..Guess what? #BBNaija #bbnaija2019 got this crowd at the her audition as early as 4:45am. Apparently some people slept at the venue.”

The 2019 edition will take place in Nigeria and winner will get 45 million Naira worth of prizes. Number of contestants for the upcoming season is currently unknown.