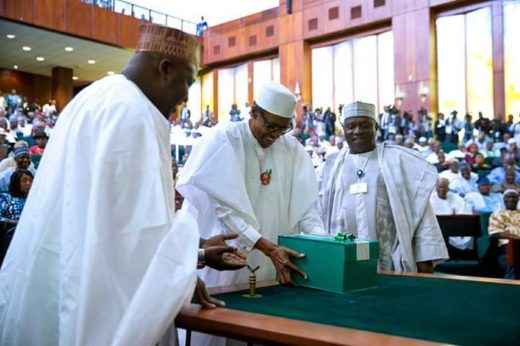 Financial experts on Monday called for speedy passage of the 2019 budget saying incessant delay in the approval of budgets over the years contributed to the downturn in the economy.

They revealed in separate interviews in Lagos that the legislature needed to fast track the passage of the budget to kickstart economic activities in the new year.

“The perennial delay in passing budgets indicates that the legislature is either ignorant of this responsibility or deliberately frustrating the efforts of the executive arm to perform,” Tella said.

He said early passage of the budget would promote economic growth and development.

“The Nigerian economy depends on government’s budget to function properly. The private sector particularly needs to see government direction to plan and execute their plans.

“Early passage of budget helps in this regard. The private sector is the major participant in the capital market.

“Growth enhancing activities in the capital market are negatively affected by the delay in passing the budget,” Tella said.

He noted that passing the federal budget in good time was capable of promoting economic growth, assisting private sector for optimal business performance as well as energising money and capital market activities.

Tella explained that early budget passage would promote planing in the lower levels of governments and the private sector.

Mr Sola Oni, a chartered stockbroker and Chief Executive Officer, Sofunix Investment and Communications, said delay in the passage of the budget was highly injurious to economic growth and development.

“Budget sends signals to stockbrokers and other investment advisers on the sectors to watch and where to raise red flags annually.

“This enables them to advise their clients on taking positions and reviewing their portfolios accordingly.

“At macro level, early passage of the budget implies prompt implementation of capital projects. This is critical to the growth of the economy as it has impact on growing the Gross Domestic Products (GDP),” oni said.

He emphasised that the executive and the National Assembly should be on the same page in terms of timing.

“It has become a recurring decimal for both parties to be enmeshed in controversies either politically motivated or genuine,” he stated.

Also speaking, Mr Ambrose Omordion, the Chief Operating Officer, InvestData Ltd., said the budgeting cycle of Nigeria was already a problem and concern for Nigerians as business plans were affected with late submission and approval.

Omordion said the delay and implementation style had made the budget less meaningful and impactful.

He said capital projects must wait for approval before commencement of work, while recurrent expenses would be running.

“For our budget to make meaning and drive economic activities, the executive and legislature need to have a re-think and restore the nation’s fiscal year to January and December.