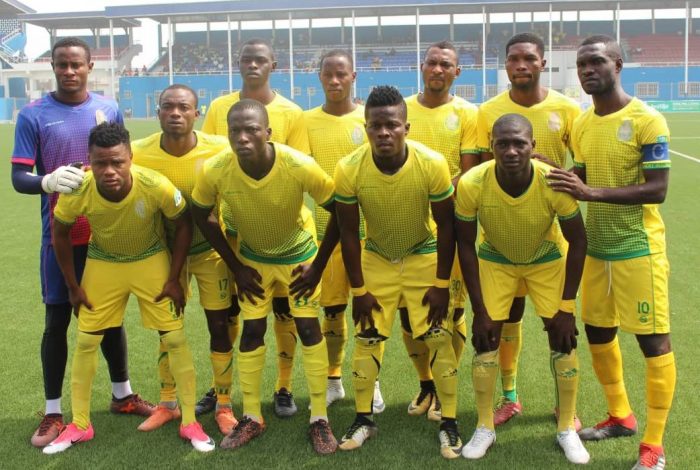 Insurance FC of Benin on Monday defeated visiting Lobi Stars of Makurdi, to secured their first win of the NPFL.

The only goal of the encounter was enough to give the Benin Arsenals the maximum three points at stake in the rescheduled match.

The game which was played at the UNIBEN Sports Complex saw the host team dominating the entire 90 minutes of the encounter, while the visiting team played as if nothing was at stake in the better part of the game.

Excellent defence and good goal keeping gave the Benin side the edge, as they wasted several clear chances to poor finishing.

Charles Omokaro, captain of the home team, gave his side the lead in the 69th minute in a goal mouth struggle.

Coach of Lobi Stars, Solomon Ogbeide said the better side won the game.

He said; “The were more hungrier than us. They needed the maximum points, but they have to work hard to keep hope on the table.”

Coach of the host team, Baldwin Bazuaye, described the encounter as a good one.

He, however, said that his boys were tired.

“We played a good and experienced side that has been in the league for a long time.

“My boys are tired. Remember that they have been playing since last December and they have always been on the road,” he said.

Bazuaye, however, said that his side would work hard to improve in subsequent matches.