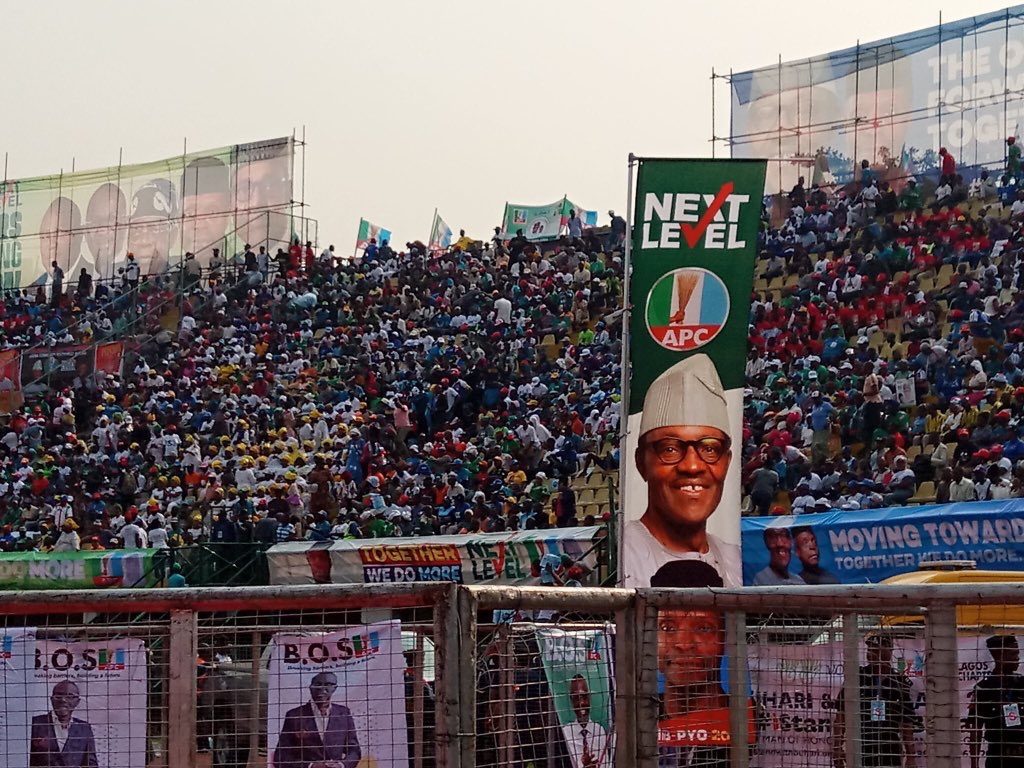 The Teslim Balogun Stadium on Saturday bubbled with a lot of activities as residents and the All Progressives’ Congress (APC) faithful thronged the venue for the 2019 Presidential campaign rally.

The News Agency of Nigeria (NAN) reports that the atmosphere was charged with excitement as thousands of people holding brooms sang and chanted APC slogans, while awaiting the arrival of President Muhammadu Buhari.

While supporters in APC attires and dresses were waiting as at 11:54a.m., musicians like King Wasiu Ayinde and some other upcoming acts delighted them with various musical renditions.

Nollywood personalities like Jide Kosoko, Funke Daramola and `Remi Surutu’ were also around, adding spice to the gathering.

Market women, youths holding brooms and APC flags danced endlessly to rave songs being dished out by the DJ.

Members of various interest groups and special groups, including people with disabilities, were in their hundreds chanting “Sai Buhari, Sai Buhari,’’ dancing to music.

Mr Tunde Braimoh (Kosofe) and Mr Bisi Yusuf (Alimosho 1) were among some of the state lawmakers present.

The president was still being awaited as at 12:05p.m.