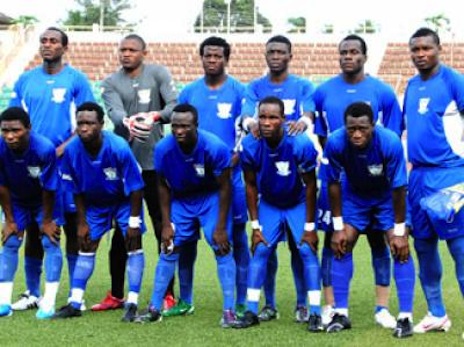 The match played at the Ondo State Sports Complex, was supposed to be played on Sunday buy shifted to Monday due to travel distance of Katsina United to Akure.

Katsina United were reduced to ten men, as Joshua Agboola was sent off for second bookable offense in the 24th minute.

Later, United were reduced to nine men as Tswanya Samuel was shown a straight red card for an unsportsmanlike act on Sunshine Stars’ Skipper, Sunday Abe outside the field of play.

The game ended in a stalemate into the half, but as soon as as the second half began, Sunshine Stars scored the first goal of the encounter with a shot from outside the box by midfielder Dayo Ojo in the 66th minute.

Seun Olulayo, Sunshine Stars winger was later sent off for unsportsmanlike behaviour on an opponent.

Sunshine Stars Head Coach, Kayode Julius told newsmen that he was happy his team capitalised on the two red cards to secure victory against the Canji boys.

Julius said his team is now fully ready to take on Bendel Insurance on Thursday in Akure, to consolidate their position on the table.

The News Agency of Nigeria (NAN) reports that Sunshine Stars are 2nd on the table with 11 points from 6 matches, with two outstanding games.