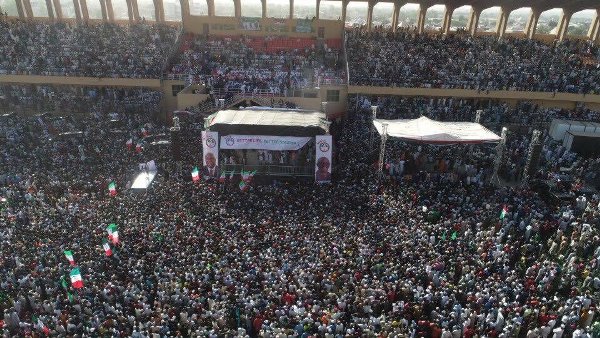 An unprecedented crowd of supporters filled inside and outside the Muhammadu Diko Stadium, Katsina to welcome home President Muhammadu Buhari, who is on his last lap of his presidential campaign.

Reports say the 35,000 capacity stadium is filled up to the brim and more and more supporters are outside and cannot enter the stadium.

The 76-year-old president is a native of Daura in Katsina state.