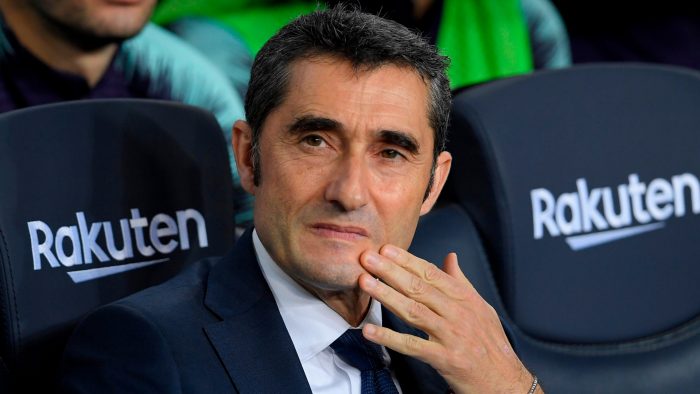 Ernesto Valverde, Coach Barcelona FC: money is the name of the game

FC Barcelona on Friday said they have extended coach Ernesto Valverde’s contract by another year until the end of the 2019/2020 season with an option for one more year.

“FC Barcelona and Ernesto Valverde, the first team coach, have reached an agreement to extend the contract between the two parties for another season (2019/2020) with the option for one more (2020/2021),” the club said in a statement on their website.

The announcement is a huge vote of confidence in Valverde.

His future with the club looked uncertain after he said last December that he did not know what he would be doing the following year.

The 55-year-old Valverde succeeded Luis Enrique as coach in 2017, earning the job after sustained success with Athletic Bilbao.

He guided Barca to a La Liga and Copa del Rey double in his debut campaign and almost led them to an unbeaten season in the league, losing only their penultimate game to Levante.

He, however, faced strong criticism for the team’s failure in the UEFA Champions League.

They dropped out of the tournament on away goals to AS Roma, throwing away a 4-1 lead from the first leg by losing 3-0 in the away leg.

The collapse in Europe’s elite competition, which Barca have not won since 2015 while Real Madrid have lifted the trophy for the last three years, seriously damaged the coach’s reputation.

It cast doubt on his long term future.

Last month, Valverde said his stay at the La Liga champions would depend on his achievements this season.

Already, there was a feeling he would not be given an extra year if the club did not make serious progress in the UEFA Champions League.

FC Barcelona lead the league standings with 51 points from 23 games, six points ahead of Real Madrid.

They face Real Valladolid in the La Liga on Saturday, meeting Olympique Lyonnais in a UEFA Champions League last 16 first leg on Tuesday.